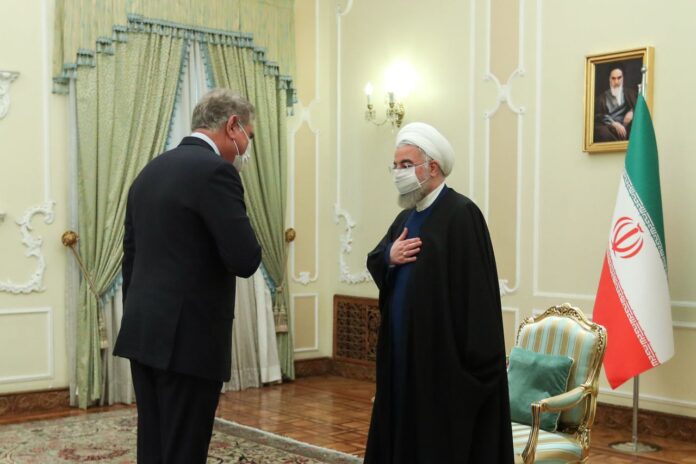 The Iranian president has underlined the importance of ensuring peace and stability in the region through regional mechanisms and mutual cooperation.

President Hassan Rouhani added Iran and Pakistan need to provide security along the common borders between the two countries.

“Security is a common concern of both countries, and it is necessary to boost cooperation in that regard,” said Rouhani in a meeting with Pakistan’s Foreign Minister Shah Mahmood Qureshi in Tehran.

The Iranian president further called for closer cooperation between two countries on all fronts, including mutual trade and economic relations, and urged the two sides to further expand and promote border markets.

Elsewhere in his remarks, Rouhani referred to the United States’ decision to pull its troops out of Afghanistan, adding the presence of American forces in the region has not helped provide security in the region.

“As the most significant and influential neighbouring countries of Afghanistan, Iran and Pakistan should play a role in handling the peace process in that country through interaction and cooperation, and the Islamic Republic of Iran welcomes collaboration with Pakistan and Afghanistan to contribute to that process,” added Rouhani.

President Rouhani also referred to the agreements already reached between the two countries in order to further expand mutual cooperation, and called for the implementation of the agreements.

He also said Iran is ready to meet Pakistan’s energy needs.
The top Pakistani diplomat, in turn, described Tehran-Islamabad relations as unique, invaluable and brotherly, calling for the enhancement of ties in all areas.

He expressed hope the two countries will open a new chapter in mutual relations, particularly in trade and economic domains.

He also expressed gratitude to Iran for supporting his country when it comes to regional and international issues.

Pakistan’s foreign minister added his country backs the 2015 Iran nuclear deal known as the Joint Comprehensive Plan of Action (JCPOA), describing the agreement as a major achievement in the domain of diplomacy on the world stage.

He said he was pleased to see that the JCPOA has been preserved thanks to Iran’s efforts, and that negotiations are being held nowadays to revive the multilateral accord.