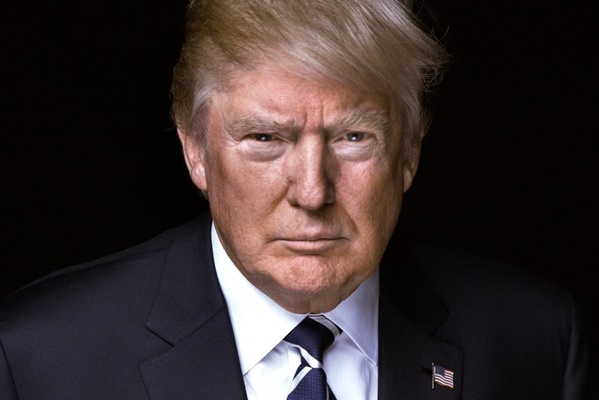 An international lawyer says Iran’s regional rivals know that US President Trump has not yet determined his foreign policy, and are thus trying to influence his approach towards Iran.

Reza Nasri, a Geneva-based Iranian expert in international law, said in a Farsi interview with Iran newspaper that countries in the Middle East have benefited from a lack of relations between Tehran and Washington for years, and now that Trump does not seem to have a specific foreign policy, Iran’s regional rivals are trying to influence his approach towards the Islamic Republic.

Here are excerpts of his remarks in this interview:

Differences between Iran and the United States have benefited regional countries both economically and strategically. In addition to having strategic advantages, the continuation of years-long sanctions on Iran has contributed heavily to their economy and trade as well.

That is why whenever Iran and the US get into a diplomatic relationship and whenever the trend of talks between the two countries is likely to result in amelioration and normalisation of bilateral ties, Iran’s regional rivals use all tools and levers available to them to disrupt that trend.

At least during the course of nuclear negotiations between Iran and the P5+1 group, we saw how rival countries in the region, especially Saudi Arabia and the Israeli regime, sought to keep the talks from kicking off, and later on, tried to push the negotiations into failure.

In last Sunday’s security conference in Munich, the other rival of Iran in the region, namely Turkey, started launching a propaganda campaign and war of words against the Islamic Republic. That can’t be unrelated to what was said earlier. They know if Iran and the GOP, which has taken the helms of the White House and Congress, sit down for talks to settle some of the outstanding issues between the two sides, then they (Iran’s rivals) will lose their last card to stoke tension between Tehran and Washington.

In other words, in the post-JCPOA era, rival countries in the region consider the Republican Party the last option on the table to contain Iran. So, they try to wreck any possibility for talks between Iran and Washington hardliners.

Of course these countries are right to have misgivings. They have not yet been able to deduce a clear foreign policy on Iran from his endless ambiguous statements, populist slogans and cabinet line-up. Therefore, they are trying to sway the new US administration’s policy on Iran.

Some of Trump’s positions and remarks regarding the JCPOA have led many analysts to believe that the US president’s criticism of the nuclear deal is not basically due to security and strategic concerns, but rather because the agreement has had far fewer economic gains for American companies than European firms. Trump has said time and again that after legal restrictions were removed following the conclusion of the nuclear deal between Iran and world powers, the Airbus Company had a bigger share of the Iranian market than the American Boeing. He has also mentioned that released Iranian assets have been mostly used to purchase products from countries that are the United States’ rivals. All these have contributed to the analysts’ assumption.

In other words, rival countries believe if Tehran and Washington hold talks during the tenure of the Trump administration, the negotiations are likely to result in the lifting of primary sanctions against Tehran. That means the only remaining legal obstacle to the normalisation of economic and trade ties between Iran and the US would be removed.

That is why many of them are seeking to launch propaganda campaigns like what we witnessed in the Munich conference in a bid to prevent a possible dialogue between the two countries.

Given the above-mentioned considerations and the strategic calculations of rival countries, the question is what policy on the US would benefit Iran most: To get a détente process started, with the US political apparatus at play, in order to secure a big deal and finally reach a regional agreement, or to continue confrontation with Washington with all its merits and demerits.