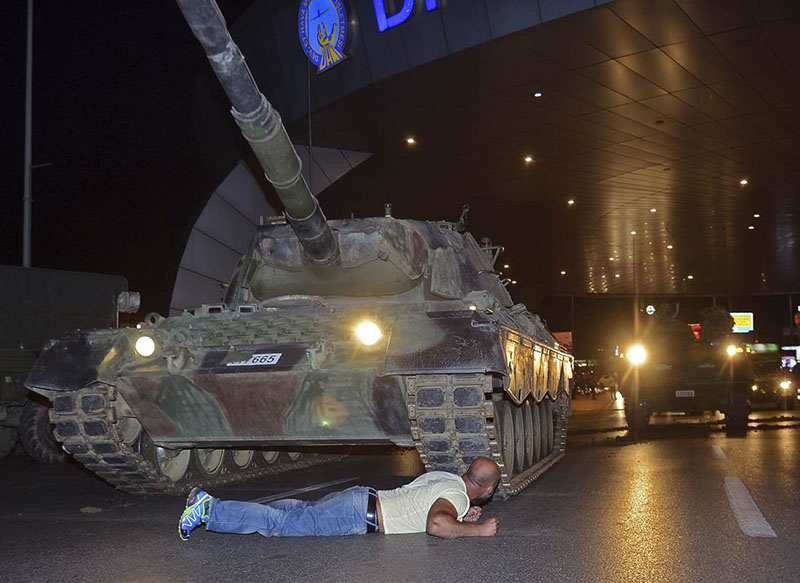 Although the recent military coup and the chaotic situation in Turkey took place in early hours of Saturday, July 16, Iranian officials were vigilant enough to closely monitor and show appropriate reactions to the developments in the neighbouring country.

Secretary of Iran’s Supreme National Security Council (SNSC) Ali Shamkhani was one of the first ones to show a reaction to the developments. He expressed deep concern over the attempted coup and said Tehran is closely monitoring the developments in the neighbouring country.

“We are following the events in Turkey warily and carefully,” Shamkhani said in a statement on Saturday morning.

He further emphasized that Tehran considers instability in Turkey as a threat to Turkish people’s security and tranquillity.

“All of the land and air borders with Turkey are under full control, and comprehensive surveillance is underway in the areas,” he added, as reported by Tasnim.

Iran’s Foreign Ministry also called on the Iranian nationals in Turkey to remain in where they are staying and avoid any gathering.

In a statement following the terrible night in Ankara and Istanbul, Iran’s Foreign Ministry called on nationals in Turkey, including residents or tourists, not to leave their places until further notice, avoid any gathering and heed warnings by the Turkish security officials.

Meanwhile, Iran’s consul general in Istanbul announced that not a single Iranian has been injured in the crisis after the coup.

Hours after the coup was launched by a faction in the Turkish armed forces on Friday night, Iranian Foreign Minister Mohammad Javad Zarif voiced concern about the situation in neighbouring Turkey.

“Deeply concerned about the crisis in Turkey; Stability, democracy and safety of Turkish people are paramount. Unity and prudence are imperative,” Zarif wrote on his Twitter page.

And after reports that the coup has been crushed by the government, Zarif tweeted, “Turkish people’s brave defence of democracy and their elected government proves that coups have no place in our region and are doomed to fail.”