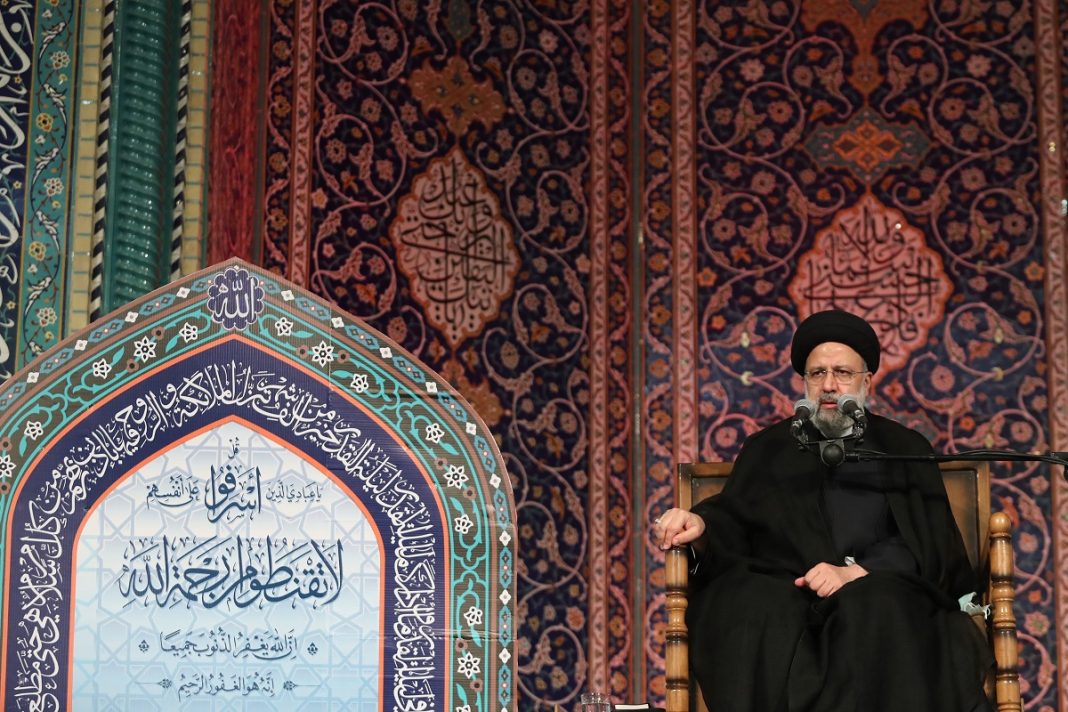 Iran’s President Ebrahim Raisi says the Israeli regime and the Daesh terror group, which is itself a creation of the West and Zionists, are today committing brutal crimes against Muslim worshipers in occupied al-Quds and Afghan mosques, respectively.

Speaking at a mourning ceremony marking the martyrdom anniversary of Imam Ali on Saturday, Raisi highlighted the first Shia Imam’s advice for followers of Islam to stand against oppressors.

“Today, we are witnessing two [instances] of oppression and big crimes being perpetrated against Muslims; one by the Zionist regime against Palestinian worshippers and the other at the hands of Daesh, a group crafted by the West and the Zionists, against the oppressed Afghan people,” he said.

Raisi reminded Afghanistan’s current rulers of their duty to protect all Afghan people, including Shia Muslims, against terror threats.

“We want the Afghan rulers to defend the lives of this country’s Muslim people who get martyred at mosques while fasting and stop the savages who launch cowardly attacks on the [the people’s] lives and security,” he said.

As Muslims mark Ramadan worldwide, Daesh has claimed responsibility for a set of deadly attacks on both Shia and Sunni mosques in Afghan cities in recent days that have left dozens of people dead or injured.

In turn, the Israeli military has stepped its raids of al-Quds, assaulting Muslim worshipers and escorting the settlers desecrating the holy site.

The president hailed the upcoming International Quds Day as a symbol of solidarity among Muslims, expressing hope that a strong unity in the Islamic world will eventually set the stage for the liberation of Quds from decades of Israeli occupation.