The United World Wrestling has accepted the proposal submitted by Iran’s Wrestling Federation about a new style for female wrestlers.

According to a Farsi report by IRNA, Iran Wrestling Federation announced on Sunday that the UWW has accepted the proposal submitted to Nenad Lalović, the president of United World Wrestling. 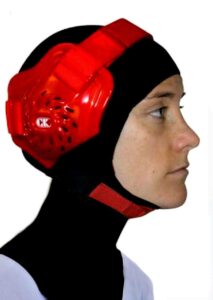 Iranian representatives discussed its details on Friday, December 23, in the centre of United World Wrestling Associated Styles in Istanbul, Turkey. The generalities of this style was approved after being examined by the members of commission.

The UWW, members of commission, Iran Wrestling Federation and the its nongovernmental associates’ experts will implement the required and optional reforms to establish the new style of female wrestling.

With similar technical regulations as women freestyle wrestling, this new style is to be introduced as one of United World Wrestling associated styles.

In this new style, the wrestling gear covers the full body of the wrestler. This will make all female wrestlers around the world able to participate in this type of sport. Besides removing cultural and religious barriers, cover-singlet wrestling helps reduce injuries.