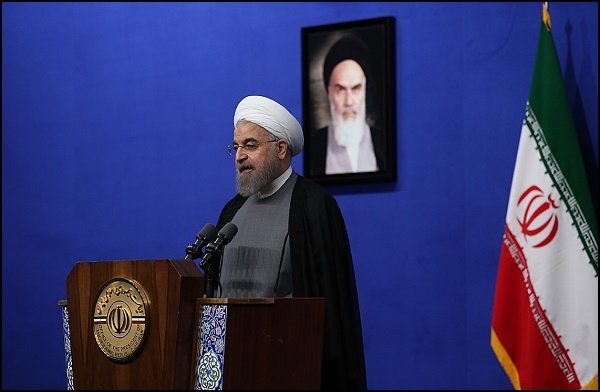 “The JCPOA has just provided a proper and good atmosphere for various [economic] activities,” Rouhani said at an iftar (fast breaking) ceremony in Tehran on Saturday, June 18.

He was referring to the removal of economic anti-Iran sanctions after the country and the Group 5+1 (Russia, China, the US, Britain, France and Germany) started implementing the JCPOA back in January, as reported by Tasnim.

“If we do not utilize this atmosphere in various areas, we will gain no benefits,” Rouhani said, adding that the good climate should therefore be used for the country’s development and economic activities.

Elsewhere in his remarks, President Rouhani highlighted the importance of Iranian media presence in regional and global arenas, and called on the country’s outlets to have a stronger role.

The presence should be strengthened so that the country’s voice can reach the world through mass, cyber and written media, he noted during the ceremony, which was attended by journalists and media representatives.

“The world today needs to hear the words and logic of the Islamic Republic of Iran, and thus, we should improve and strengthen the position and influence of our media on the global scene so that our words can be heard against the [anti-Iran propaganda of] enemies and rivals,” he went on to say, as reported by Mehr.

The Iranian President described any weak point in the relations between the government and the media as ‘a great deficiency’, highlighting the need for bridging the gap and strengthening the links.

He further noted that his government honours the freedom of press in the country, saying any obstacles hindering the full realization of such freedom should be removed.

Elsewhere, he maintained that his administration is a non-partisan government, and as such, does not have the full support of certain newspapers and organizations. “In this case, every time the government achieves certain progress, various factions claim in the achievement, but once there are difficulties, they pull aside and deny any involvement.”

Rouhani also referred to one of his meetings on economic issues with the Leader of the Islamic Revolution, saying “Ayatollah Khamenei underscored that one of the greatest achievements of the 11th government [Rouhani’s administration] was the establishment of peace and calm in the economy and society, and stressed that such peace should not be disturbed.”