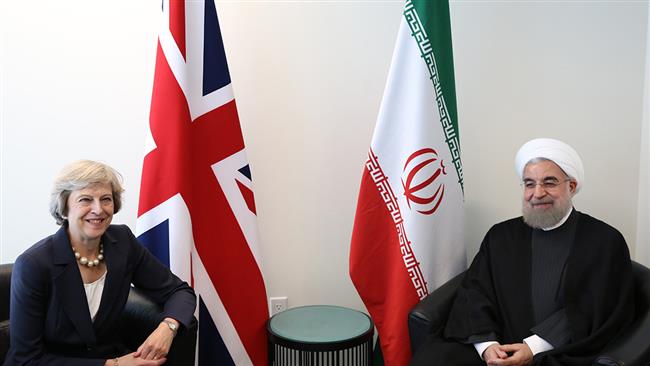 Iranian President Hassan Rouhani met with a number of world leaders on the sidelines of the ongoing United Nations General Assembly in New York City.

Rouhani met the British Prime Minister Theresa May for the first time on Tuesday on the sidelines of the 71st session of the UNGA.

During the meeting, Rouhani lauded the increasing relations between Tehran and London, and called the JCPOA [nuclear deal between Tehran and world powers] a great development and a basis for closer bilateral cooperation, as reported by Press TV.

He also called on all parties of the agreement to fulfill their obligations, adding that until all the technical obstacles in banking and insurance services are not removed, the other side’s commitments are not implemented.

Rouhani said the UK can take the key step in this matter.

The Iranian President also held a meeting with Italian Prime Minister Matteo Renzi where he stated that during the post-JCPOA era Italy has the opportunity to become Iran’s main trade partner in Europe.

“Recent bilateral trips are a turning point in relations and a sign of determination of the two nations and governments to bolster cooperation,” said Rouhani.

“Both sides must be committed to the JCPOA’s terms that can be bases for increasing regional peace and security,” Rouhani said.

The Iranian president also met with Turkey’s President Recep Tayyip Erdogan on the fringes of the event.

President Rouhani and his accompanying retinue also held a meeting with some of the world religious leaders in New York.

Also on Tuesday evening, Iranian Foreign Minister Mohammad Javad Zarif held a few meetings with senior officials present in the event, including his Canadian counterpart Stéphane Dion. It was the first of such a meeting since the two countries cut political ties in 2012.

The Iranian president is scheduled to deliver a speech at the General Assembly session and hold talks with senior officials of some other countries attending the meeting. He is also due to meet with a number of political and economic elites.

Heading a high-ranking politico-economic delegation, Rouhani arrived at John F. Kennedy International Airport on Tuesday and was welcomed by Gholam-Ali Khoshrou, Iran’s ambassador and permanent representative to the United Nations. 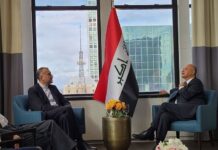