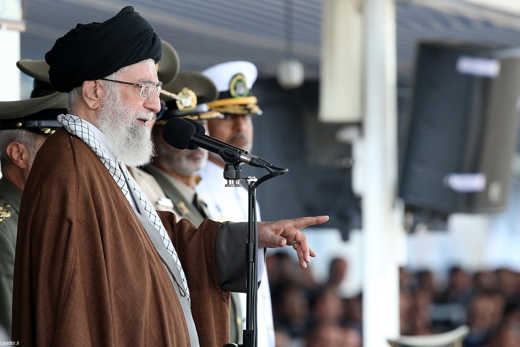 Ayatollah Khamenei also lashed out at Riyadh for failing to ensure the safety of Hajj pilgrims.

Leader of the Islamic Revolution Ayatollah Seyyed Ali Khamenei says Saudi Arabia has not made good on its obligations regarding the recent deadly Hajj incident, saying Iran’s possible response will be “tough and harsh”.

“Should we decide to show any reaction, our reaction will be tough and harsh,” said the Leader at a commencement ceremony for the graduates of the Iranian Army’s military academies in the city of Noshahr in northern Mazandaran Province on Wednesday.

Ayatollah Khamenei blasted Saudi officials for failing to live up to their commitments regarding the crush in Mina, near the Saudi city of Mecca, on September 24.

Ayatollah Khamenei noted, “Saudi authorities do not discharge their responsibilities and in some cases act slyly and contrary to their duties.”

Ayatollah Khamenei also lashed out at Riyadh for failing to ensure the safety of Hajj pilgrims.

“Our nation is grief-stricken; Hajj should be a place of security; is it [called] security when the lives of people are jeopardized during the [Hajj] rituals?” the Leader asked.

Ayatollah Khamenei further said representatives from Iran and other Muslim nations should probe the Mina tragedy.

The Saudi government has confirmed that the overall death toll from the Mina incident has reached 4,173 so far.