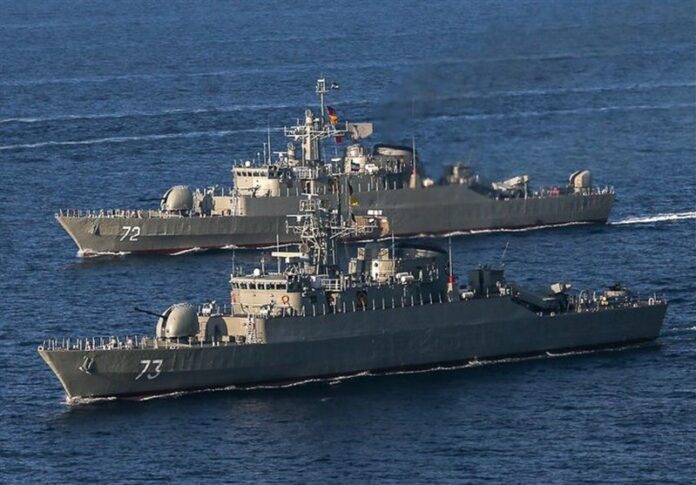 Iran’s Navy commander has voiced readiness for bringing the supertanker Adrian Darya back to home under naval escort after the government of Gibraltar released the Iranian vessel.

In comments at a conference in Tehran on Sunday, Rear Admiral Hossein Khanzadi said the Navy is prepared to dispatch a naval fleet to escort Adrian Darya-1, formerly known as Grace-1.

The Iranian supertanker has been released by the government of Gibraltar more than a month after it had been captured by the British Royal Navy on suspicion of attempting to breach global sanctions against Syria.

“Whenever the Islamic Republic of Iran intends, we would be ready to dispatch a naval fleet to escort the Adrian Darya,” the Navy chief stated.

Gibraltar on Sunday rejected a US request to continue holding the Iranian supertanker. The ship, containing more than 2 million gallons of Iranian light crude oil, was seized on July 4 in a British Royal Navy operation off the coast of Gibraltar.

Elsewhere in his speech, the Iranian Navy commander warned the destabilizing foreign forces to leave the region, saying, “The era of hit and run has ended, and the outsiders cannot infiltrate into the region.”

Deriding the US “dream” of creating a coalition for maritime security in the Persian Gulf, Rear Admiral Khanzadi said it is the US intention to foment insecurity in the region. “But with the presence of Iran’s Navy, the time has come for them (the foreign forces) to pack up their scrap iron and leave the region.”

The general said Iran has gained such great power that the “true pirates, namely the US and the UK” have stationed their aircraft carriers 300 miles away from the Islamic Republic’s waters.

According to the commander, Iran’s Navy has increased the number of its regional naval fleets from six to 13 this year.

While the enemies were trying to threaten Iran, the Navy brought the Fateh submarine and the Sahand destroyer into service and made the adversaries concerned about the capability to manufacture homegrown naval equipment, Rear Admiral Khanzadi added.

Iran Warns US against Any Fresh Attempt to Seize Iranian Tanker