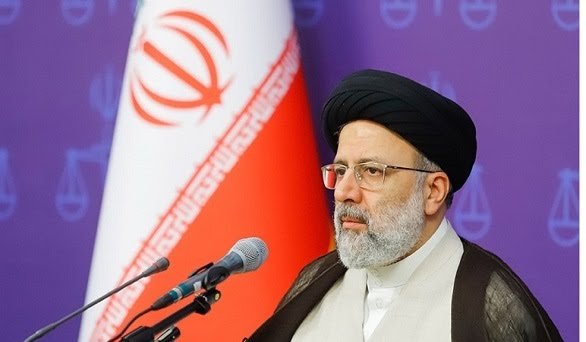 In a ceremony on Saturday, Iran’s Judiciary Chief Ayatollah Seyyed Ebrahim Raisi offered congratulations to all those involved in the technological leap and transformation in the judiciary.

The president-elect of Iran said that the status quo has been identified and the desirable situation has been mapped and the judiciary is to take action and reduce the gap between these two situations as much as possible to facilitate people’s access to justice.

“As a result of launching these technological projects in the judiciary, the number of referrals to the judiciary has been reduced by four million, and this, in addition to facilitating and accelerating people’s access to justice, also preserves their dignity, and this is one of the main goals of moving towards smart judiciary,” added Raisi.

He further noted that the use of artificial intelligence has been very effective in speeding up the trials. Online trials and e-trials that are taking place across the country today have also facilitated the people’s affairs, reiterated Raisi.

Ayatollah Raisi stressed that one of the important benefits of smart judiciary is to create a basis for transparency of actions.

“Transparency can certainly prevent corruption and unhealthy relationships. We think that the more transparency exists, the less unhealthy relationships will be formed and the more it prevents corruption. This approach has been very effective in the judiciary, and may its effects and blessings be for both the judiciary and the government in the future,” he underlined.

At this meeting, Issa Zarepour, head of the Statistics and Information Technology Centre of the Judiciary, said facilitating people’s access to judicial services, increasing the pace and accuracy of proceedings, increasing the pace and accuracy of implementation of rulings, clarifying processes and decisions and combating corruption, as well as maximum prevention of crime, are the five basic strategies for making the judiciary smarter.

“The first step is to make the judiciary smarter by focusing on facilitating people’s access to judicial services and increasing the speed of proceedings by carrying out about 65 large and small technological projects, including establishing and upgrading 40 systems and electronicising 25 judicial inquiry centers and launching more than 3,000 e-courtrooms. Among its results are the increase in public satisfaction, the reduction of processing time and a significant reduction in face-to-face referrals and the elimination of nearly 4.5 million people referring to the judiciary and other executive bodies of the country,” underscored Zarepour.

In the second step of smartening the judiciary, priority is given to the development of technological infrastructure, noted Zarepour, adding that more than 80 projects have been devised, 30 of which will be inaugurated during the Judiciary Week.

Referring to the 12 percent decrease in the remaining cases, despite a 5 and a half percent increase in the number of cases received by the judicial units, he said, increasing the pace and accuracy of proceedings, reducing procrastination and increasing the speed of issuing verdicts, as well as the development of online monitoring, are among the priorities of the second step of smartening the judiciary.

Regarding the opening of the new electronic systems of the judiciary, which were put into operation on Saturday, Zarepour said people can file their complaints in the field of theft by staying at home thanks to the automation system of theft complaints.

Referring to the launch of the “Financial Records Inquiry System”, he said through this system with the permission of the individuals, the background of the financial convictions can be viewed online.

Zarepour also talked about the launch of the system called “issuance of electronic certificate of no criminal record for each organization and institution” saying that this move will help reduce the number of people’s in person referrals and eliminate the possibility of forging this certificate.
He further referred to the opening of 5,000 electronic courtrooms, which have made it possible to hold court hearings via video calls with people at homes, adding that the infrastructure for this great action is now in place throughout the country.

“In the last 15 months, we have held nearly 100,000 online trials, many of which held with one of the parties outside the borders of the Islamic Republic of Iran. Approximately 60% of the branches are equipped with electronic courtrooms, and God willing, the rest of the branches will be equipped by the end of September.”

Zarepour also announced the launch of the system for “video meeting of prisoners with their families” in 15 provinces underlining that “with the delivery of 3,000 electronic tags, the number of electronic tags reached 7,000, which we are trying to increase to 20,000 by the end of this year.”

Regarding the inauguration of five new monitoring dashboards, he said, the opening of these management dashboards will boost the online supervision of the judiciary, which means that managers can instantly monitor their scope of work with a few clicks and check the characteristics of the desired branches and judicial units.

“From now on, if people go to the police stations, they will no longer be sent to the judiciary to get a court order and file a case, and all the necessary measures will be taken by the system there. This measure was previously implemented as a pilot case in 20 provinces, and as of now, we will see online communication between the police and the judiciary. This important step can be a huge step towards reducing delays in criminal cases,” concluded Zarepour.