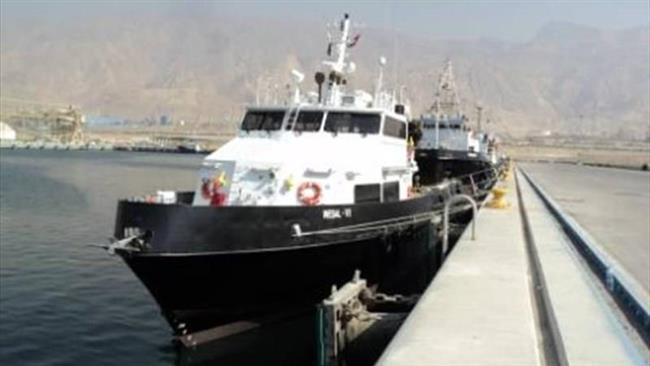 A new model of Iran’s first domestically manufactured crew boat, Parmida, has been launched in the southern city of Bushehr in the presence of chief of the Islamic Revolution Guards Corps (IRGC) naval forces.

A new model of Iran’s first domestically manufactured crew boat has begun its maiden voyage in the Persian Gulf waters.

The boat was launched in the southern port city of Bushehr on Wednesday in the presence of chief of the Islamic Revolution Guards Corps (IRGC) naval forces Rear Admiral Ali Fadavi.

According to Sepah News, the light vessel, named “Parmida 6”, is specialized in transporting passengers and equipment.

With a maximum speed of 25 nautical miles per hour, the boat has the capacity to carry 73 passengers and eight crew on board.

In recent years, Iran has unveiled several domestically made submarines, ships and warships, including the Jamaran destroyer.

Jamaran, a Mowj-class warship, has been designed and built by Iranian experts and has state-of-the-art navigation equipment and complex defensive systems.