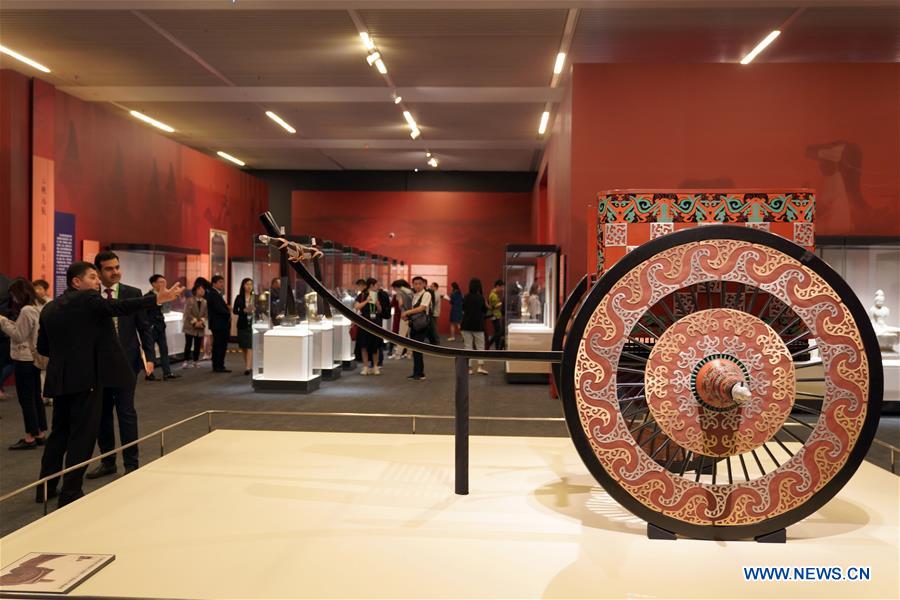 Iran is participating in an exhibition underway in the Chinese capital of Beijing dedicated to showcasing Asian Civilization.

The exhibition, entitled “The Splendor of Asia: An Exhibition of Asian Civilizations”, opened on Monday in China’s National Museum in Beijing in a ceremony attended by delegations from the participating countries including Iran.

15 historical relics from Iran are being showcased in the exhibition.

In an address to the opening ceremony, Director of the National Museum of Iran Jebreil Nokandeh elaborated on the Iranian relics which have been put on display during the exhibition dating back to Achaemenid dynasty including a major stone of the Palace of Darius in Susa.

He also provided the participating delegations with information on the Achaemenid’s governance as the first ancient empire in the world.

Elsewhere, Nokandeh referred to some inscriptions from Iran dating back to Safvid dynasty on the close economic and cultural ties between Iran and China.

Among other Iranian relics on display in the China’s exhibition, one can also refer to a clay rhyton of Damavand from Parthian dynasty.

The exhibition opened on Monday prior to the upcoming Conference on Dialogue of Asian Civilizations (CDAC). It is displaying over 400 cultural relics from 47 Asian countries as well as Greece and Egypt.