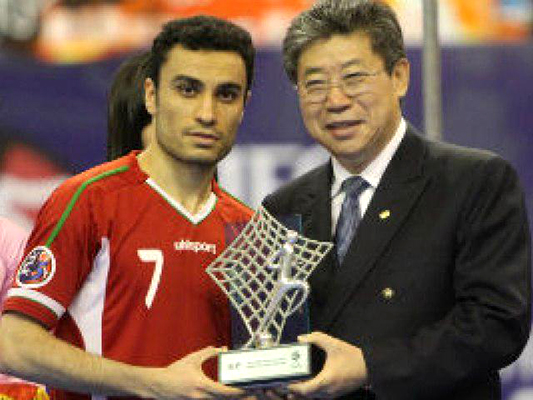 Iranian futsal player Ali-Asghar Hassanzadeh will be named the AFC Futsal Player of the Year for a third time following his brilliant performance at this year’s Asian competitions.

While the official winners of AFC awards are expected to be announced on Wednesday, Hassanzadeh is reported to be the chosen as the AFC Futsal Player of the Year.

He is going to attend the awards ceremony, which is due to be held in Bangkok on November 29, according to Iranian media reports.