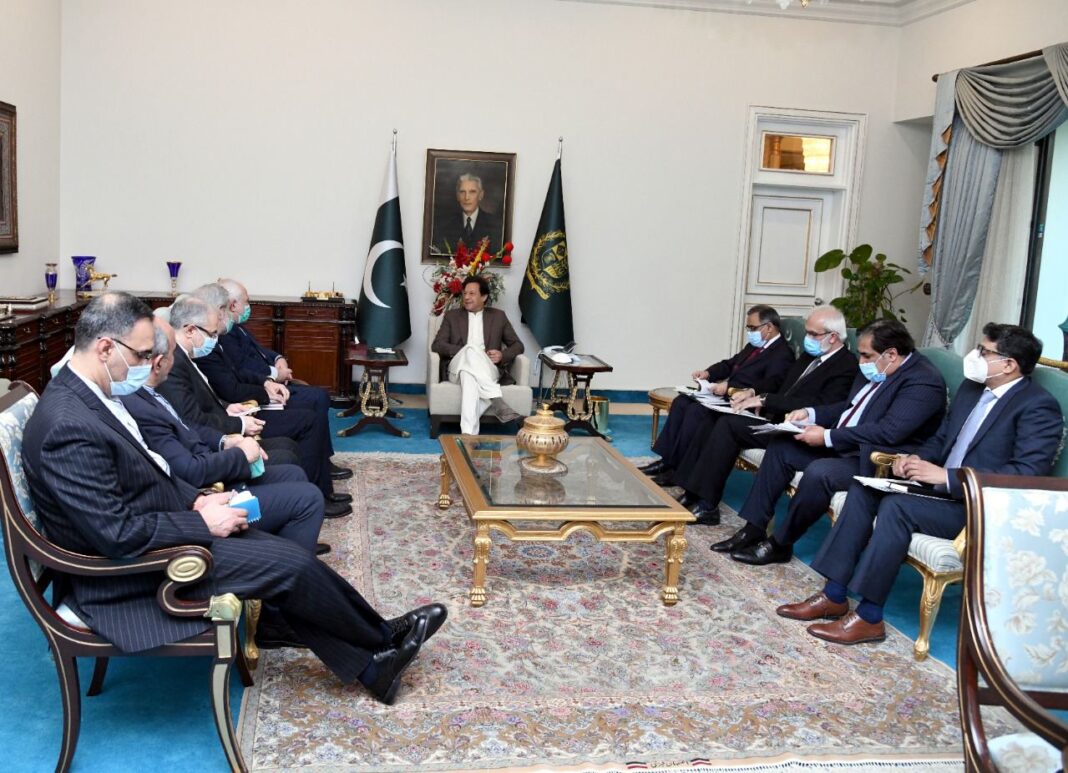 Minister of Foreign Affairs of the Islamic Republic of Iran Mohammad Javad Zarif held a meeting with Prime Minister of Pakistan Imran Khan in Islamabad on Wednesday.

Foreign Minister Zarif, who has already met senior Pakistani political and military authorities in an official visit to Islamabad, had a meeting with Prime Minister Khan on Wednesday evening.

Highlighting the amicable political relations between Iran and Pakistan, Foreign Minister Zarif said in the meeting, “The neighbouring countries are prioritized in the Islamic Republic’s foreign relations for cooperation.”

For his part, Prime Minister Imran Khan expressed satisfaction with the negotiations that the visiting Iranian foreign minister has held with the Pakistani officials, and reaffirmed his country’s willingness to broaden the political and economic relations with Iran.

The Pakistani premier also expressed hope for the expansion of bilateral ties between Islamabad and Tehran.

The Pakistani leader and the Iranian foreign minister further discussed the regional and international issues, specifically the developments in Afghanistan and the Islamic world.

In the meeting, Foreign Minister Zarif praised the Pakistani prime minister’s stances against the Zionist regime and the process of normalization of ties with Israelis.

Foreign Minister Zarif earlier held separate meetings with his Pakistani counterpart Shah Mahmood Qureshi and with Chief of the Army Staff of Pakistan General Qamar Javed Bajwa during his stay in Islamabad.