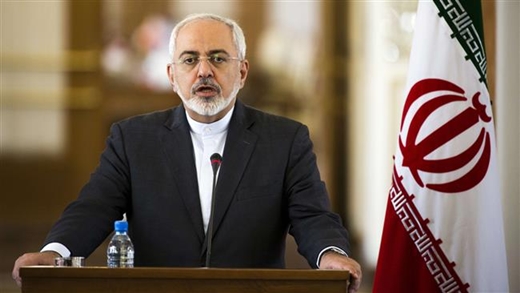 FM Zarif has rejected as false the claim that Iran tries to remove traces of alleged nuclear activities at Parchin, saying such reports are aimed at disrupting the climate of understanding between Iran and P5+1.

Iranian Foreign Minister Mohammad Javad Zarif has dismissed recent reports in the US media about nuclear-related activities at the Parchin military site, located near the capital, Tehran.

On August 5, the US intelligence community claimed that Iran has been working to clean up Parchin military site to remove traces of alleged nuclear activities there, Bloomberg View reported. The report said satellite imagery showed that Iran had deployed bulldozers and other heavy machinery to the site.

The Iranian foreign minister on Saturday rejected the claim as “false,” saying such reports are aimed at “disrupting the climate of understanding” between Iran and the P5+1 group of countries on the Islamic Republic’s nuclear work.

“We have announced that road construction has been carried out at the site,” Zarif said, adding that the “lie” by the US media will be exposed to the world public opinion in the near future.

In a statement released in New York on August 6, Iran’s Permanent Mission to the UN also dismissed the claim as “ridiculous.”

“Parchin military site is a vast area which includes various military, industrial, administrative and residential divisions, and thus construction operations are naturally and frequently conducted there,” read the statement.

The mission said recent construction work in the area has nothing to do with the military site, adding that heavy machinery had been deployed near Parchin in order to repair the adjacent road.

On July 14, Iran and P5+1 – the United States, Britain, France, Russia and China plus Germany – finalized the text of an agreement, dubbed the Joint Comprehensive Plan of Action (JCPOA), in Vienna.

On the same day, Iran and the International Atomic Energy Agency (IAEA) signed a roadmap for “the clarification of past and present issues” regarding Iran’s nuclear program in the Austrian capital.