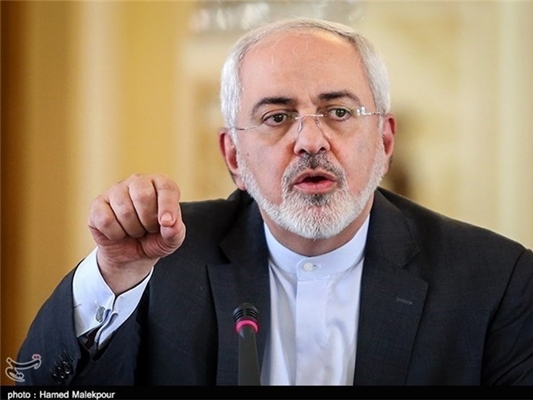 “Ending successful W. Africa visit w/70 business execs. Encouraged by huge potential for economic cooperation & commitment to fight extremism,” Zarif said in a message posted on his Twitter account on Thursday upon his return from the trip. 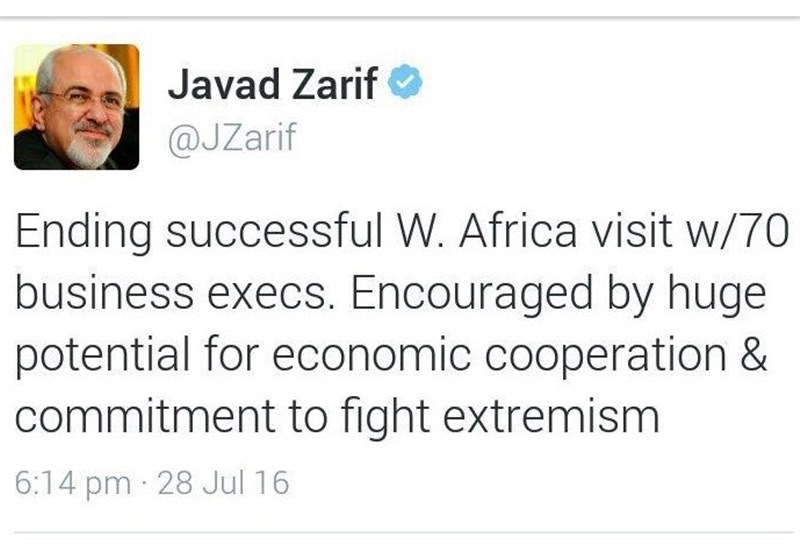 The Iranian foreign minister started the four-nation tour of West Africa on Sunday, which took him to Nigeria, Ghana, Guinea and Mali to discuss possible ways of expanding relations.

He left Bamako, the capital of Mali, for Tehran on Thursday.

Back in February 2015, Zarif took another tour of Africa, and travelled to Kenya, Uganda, Burundi and Tanzania, heading a high-ranking political and economic delegation.