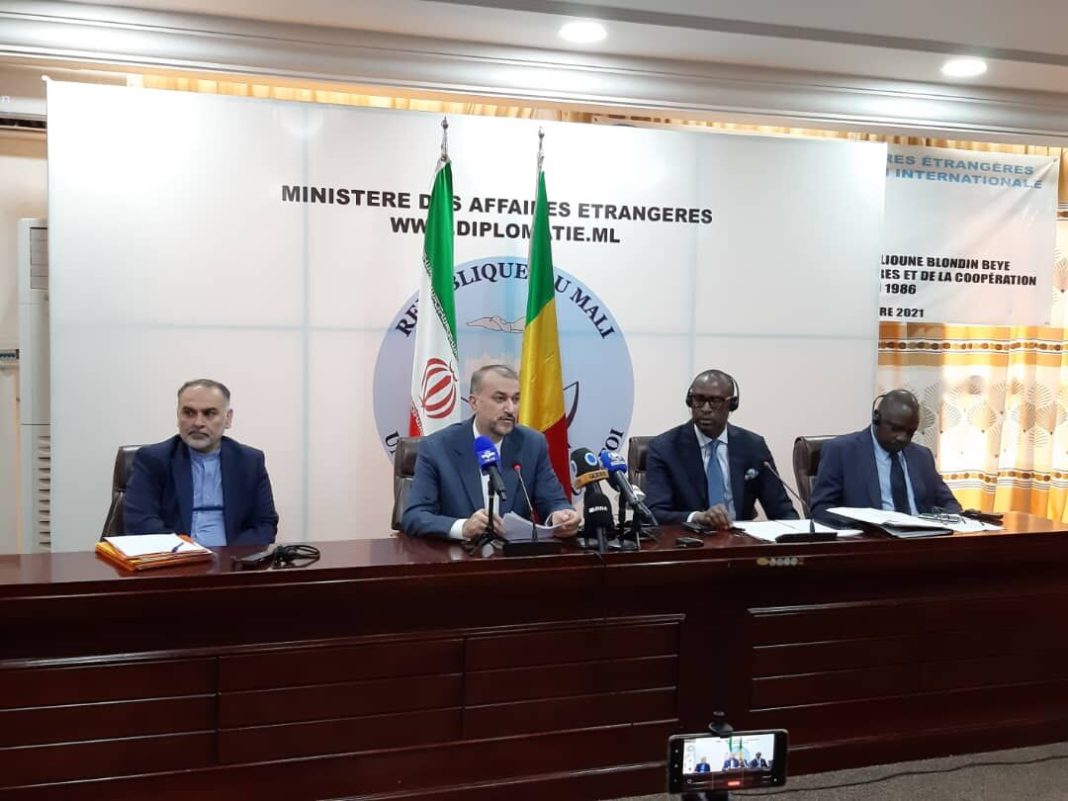 Iran donates one million doses of home-made vaccines against Covid-19 to Mali during a visit to the conflict-torn West African country by Foreign Minister Hossein Amirabdollahian.

The top Iranian diplomat met with his Malian counterpart, Abdoulaye Diop, in Bamako on Tuesday and handed over to him 100,000 doses of the COVIran Barekat vaccines in person as a symbol of growing friendship between the two nations.

Following the meeting, the two ministers held a joint presser and also chaired a session of the Joint Iran-Mali Commission, where officials of the two countries explored ways to promote their bilateral ties and cooperation, especially in the economic field.

During the presser, the two ministers underscored their countries’ determination to boost relations in all sectors and said progress had been made in efforts to that effect.

Meanwhile, in the commission session, the Iranian minister also pointed to the huge scientific and research potential of Iran and said Tehran was ready to transfer scientific technologies to Mali.

In turn, Mali’s foreign minister described Iran’s spectacular scientific and industrial progress in spite of the international sanctions as instructive and precious.

During his trip, Amirabdollahian also sat down for talks with Mali’s President Assimi Goïta on issues of bilateral and international significance.

He praised Mali’s struggles against terror groups and elaborated on Iran’s experience in the successful fight against the Takfiri Daesh outfit.

For his part, the Malian president hailed Iran’s great achievements in its confrontation with cruel sanctions and described the Islamic Republic as a role model for the Malian nation for standing against the excessive demands of some foreign governments.

He also called for a further enhancement of cooperation with Iran in the areas of economy, commerce and science, voicing Bamako’s readiness to host Iranian businessmen in the country’s market.