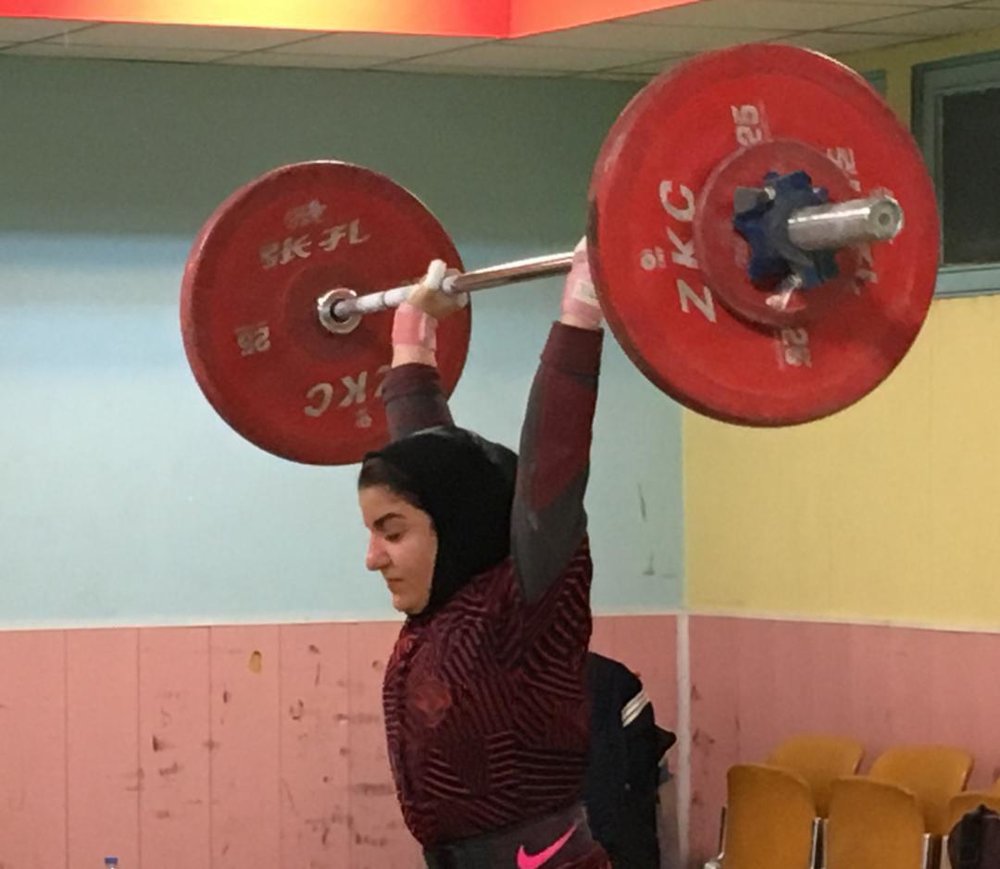 Although weightlifting has always been one of Iran's medal-winning fields in the Olympic Games and Asian Games, almost all Iranians consider this as a male-dominated sport. But now the taboo is being broken.

With the emphasis of the International Weightlifting Federation and the Iranian federation’s consultation with the Ministry of Sports, women’s weightlifting was officially started in Iran, and finally a number of Iranian women participated in the 2019 Asian Women’s Championship for the first time.

Poupak Bastami, 27, was the first Iranian female weightlifter who competed in 2019 Asian Women’s Championship in China while wearing hijab.

In an interview with Shahrvand daily, she talks about the experience of appearing in first international competition while observing the Islamic dress code:
Q: Are you happy with the weight you lifted and the title you won?
A: I was in group B, and I won the fourth place among five weightlifters and my overall ranking was 12th. In the snatch move, I could have had better performance, but because of the stress, my coaches advised me to be more cautious.

However, gradually I managed to control my stress and get better. Personally, I was pleased with being able to remain in the course in my first appearance and lift the weights chosen for me. Coaches and experts should comment on my performance, but in the future I will definitely perform better. Perhaps setting a total record of 143kg is a good one, but everyone is hoping Iranian female weightlifters would make more significant progress in the future and even win a medal.

We are a team of weightlifters practicing for a few months, and we can definitely be better in the future. Gradually, we will have a better performance when we gain more experience. The weightlifters from East Asian countries have been practicing and competing for years, and some of them are world and Olympic champions. I was pleased with my clean and jerk record, because I was able to repeat the records I had practiced. All in all, this tournament was a great experience for me.

Q: The presence of Iranian women with hijab has attracted the attention of many media and weightlifting officials. Are you aware of these reactions?
A: I completely realised how much they have focused on me, and this, in fact, increased my stress. When I was getting ready for the competition, all the cameras were zooming in on me and were waiting for me to compete as a weightlifter with hijab. After the competition, foreign media came to me and asked questions.

Q: Did you know your name was listed as the first Iranian weightlifter wearing hijab in the international competitions?
A: Yes, it was agood chance for me to compete as the first athlete and therefore more attention was paid to me. The foreign media also asked this and said that I’ve made history. Thank God I could manage to finish my mission successfully.

Q: How do you assess your future performance?
A: The Asian Championship was a great chance which increased our experience. It improved my motivation and I want to get prepared for the next competition as soon as I return. It is too early to talk about winning medals, but women weightlifters will soon be able to do so. 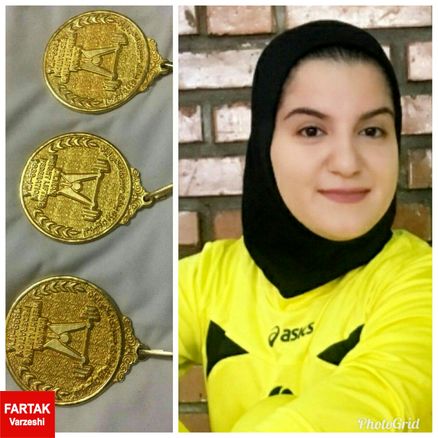