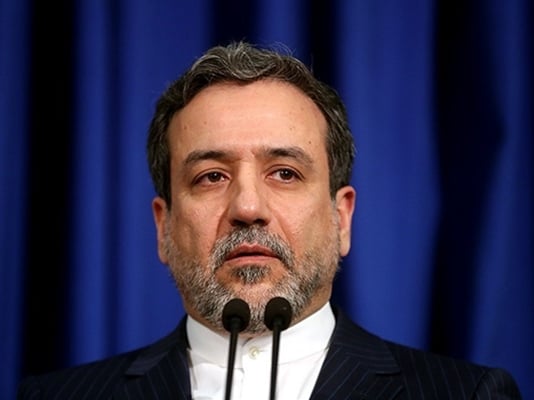 A senior Iranian official has advised other countries, particularly the business partners of Tehran, to be prepared for an economy without the Iran nuclear deal.

Iranian Deputy Foreign Minister Abbas Araqchi was quoted by a lawmaker as saying that if the Europeans fail to keep the US in the agreement, Tehran will withdraw from the deal, too, which means countries should always be ready for an economy stripped of the JCPOA.

“The key challenge at the moment is the JCPOA and the West’s dealing with the JCPOA issue,” Araqchi was quoted as saying by Hossein Naqavi Hosseini, the spokesman for Parliament’s National Security and Foreign Policy Commission.

Araqchi made the comment at an extraordinary meeting of the commission, a Farsi report by IRNA said.

According to Araqchi, said the MP, Iran has a few scenarios at hand.

“One [scenario] is that the US will pull out of the JCPOA, which is likely. We have two options: to continue [to stay in] the JCPOA without the US, or to withdraw from the JCPOA and end the deal,” Araqchi said as quoted by the legislator.

Araqchi underlined that Iran will pull out of the JCPOA if the US does so.

“Even if the JCPOA is preserved, the Americans are seeking to restrict Iran and are trying to counter Iran,” Araqchi underscored.

Araqchi said it will be difficult to continue work with the Europeans over the JCPOA without the US because in that case Washington will ratchet up its pressure.

He said the White House is determined to pull out of the JCPOA, adding the dismissal and replacement of US Secretary of State Rex Tillerson was in line with the same objective.

“We reaped many benefits from the JCPOA, but did not enjoy its full benefits. However, Iran has lived up to all of its commitments and expects to enjoy full benefits of the deal,” said Araqchi.