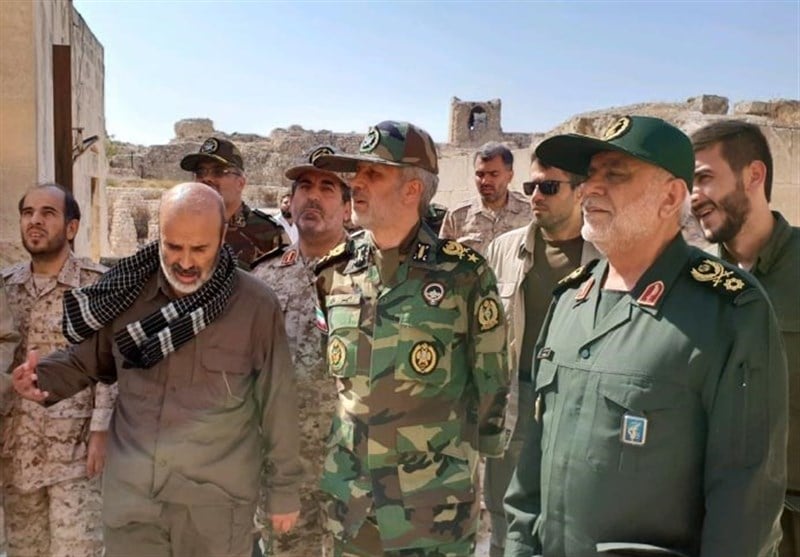 Iran’s Defense Minister Brigadier General Amir Hatami on Tuesday paid a visit to Syria’s northern city of Aleppo and was briefed on the efforts to cleanse the war-torn city of terrorist groups.

Accompanied by a group of ranking Syrian military commanders, the Iranian defense minister visited Aleppo, Syria’s second largest city which was recaptured from terrorist groups by the Syrian army in December 2016.

Brigadier General Hatami also held talks with the Syrian troops and the voluntary forces fighting against terrorists, and was briefed on the plans to cleanse the city of remnants of the terrorist groups and establish full security in the war-damaged city.

The Iranian minister arrived in Syria on Sunday for a series of high-profile meetings on ways to promote Tehran-Damascus military cooperation and coordinate the fight against terrorism.

In recent months, the Syrian army has managed to liberate many of the areas occupied by terrorists and has begun the reconstruction process.