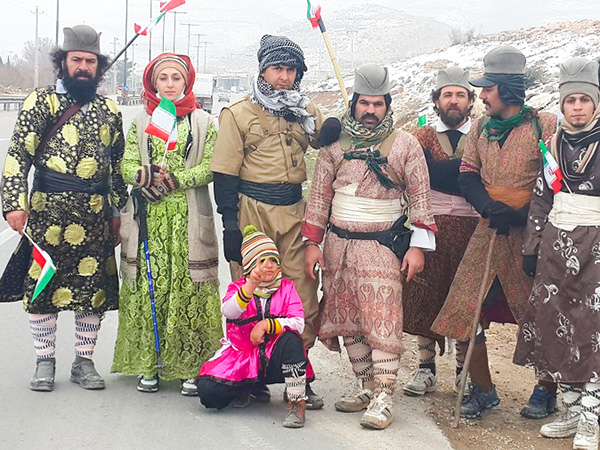 On the day in 1622, Shah Abbas of the Safavid Dynasty recaptured Hormuz Island in the Persian Gulf from the Portuguese navy and drove the occupying power out of the Strait of Hormuz. The anniversary is observed as National Persian Gulf Day in Iran since 2004.

“Like in the past years, we will organize a program to introduce Iranian ethnic groups. This year, however, the Persian Gulf is the focal point of the event,” Gholam Ali Kazemi Qashqai, executive manager of Iranian Ethnic Groups Festivals, told Mehr News Agency.

On April 16, representatives of Iranian ethnic groups will start their march from Shiraz, capital of Fars Province to reach Bushehr Port, capital of Bushehr Province by April 30.

The marchers will go through Sarvestan, Darab, Fasa (all in Fars) and will be hosted by various ethnic groups on the way. “Last year, we planted 30 trees at 30 different spots on our way. We also carried a portable library,” Kazemi Qashqai added.