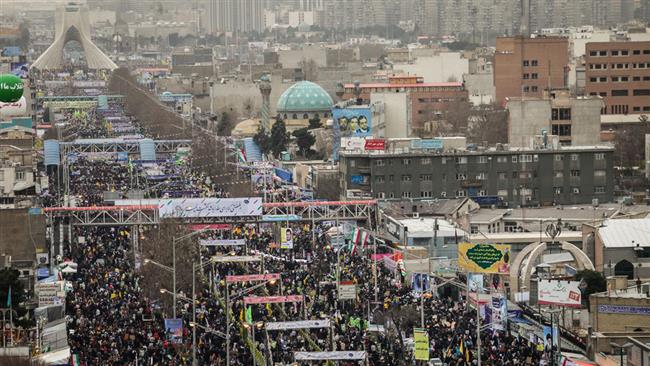 President Rouhani told the crowd in Tehran that the West has no option but interact with Iran which is afraid of neither sanctions nor pressure.

Millions of the Iranians took to the streets nationwide Wednesday to mark the 36th anniversary of the Islamic Revolution.

Tehran and other cities and towns across the nation witnessed rallies in celebration of a revolution that brought down the curtain on the US-backed Pahlavi monarchy. 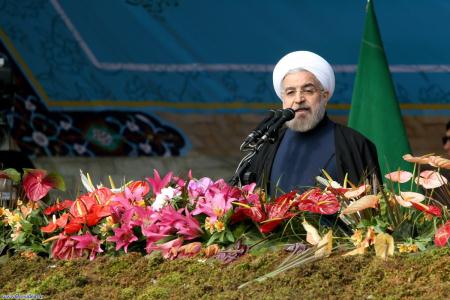 Addressing a rally in Tehran, President Hassan Rouhani said: “We seek a win-win agreement, under which Iran would [guarantee] the transparency of its peaceful nuclear activities within the framework of international law and [in return] the opposite side put an end to inhumane and illegal sanctions [against Iran]. This will benefit both sides.”

He further dismissed claims by Western countries that sanctions have forced Iran to sit at the negotiating table.

“That you say Iran has come to the negotiating table because of sanctions is not true. Iran has not come to the negotiating table due to the pressure of sanctions, [but] on account of logic and to establish peace and stability in the region and the world,” Rouhani said in comments aimed at Western officials. “If you say that sanctions have forced Iran to negotiate, why don’t you keep imposing sanctions? Stop telling lies and be honest with your nations,” he said.

Rouhani said that the West has no option but to interact with the Islamic Republic, stressing that Iran is afraid of neither sanctions nor pressure.

He also said Iran wants a nuclear deal that ensures the dignity and progress of the nation.

The Iranian president also touched on the issue of terrorism in the Middle East and said without engaging Iran, peace will not be restored and terrorism will not be uprooted in the region.

Rouhani described the Islamic Republic as “the power” that helped Iraq, Syria, Lebanon and other regional countries in their fight against terrorist groups.

He also said these rallies indicate the reaffirmation of the Iranian nation’s allegiance to the Islamic Revolution.

Rouhani said that the Iranian nation wants “constructive interaction” with the world, but stressed that the Islamic Republic will continue to protect its interests and remain committed to the Revolution’s principles and ideals. 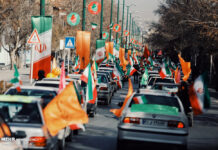 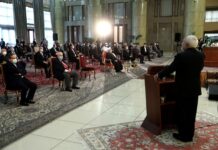 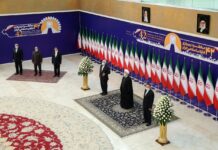 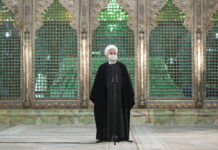 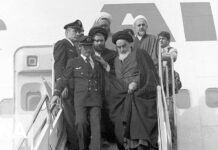