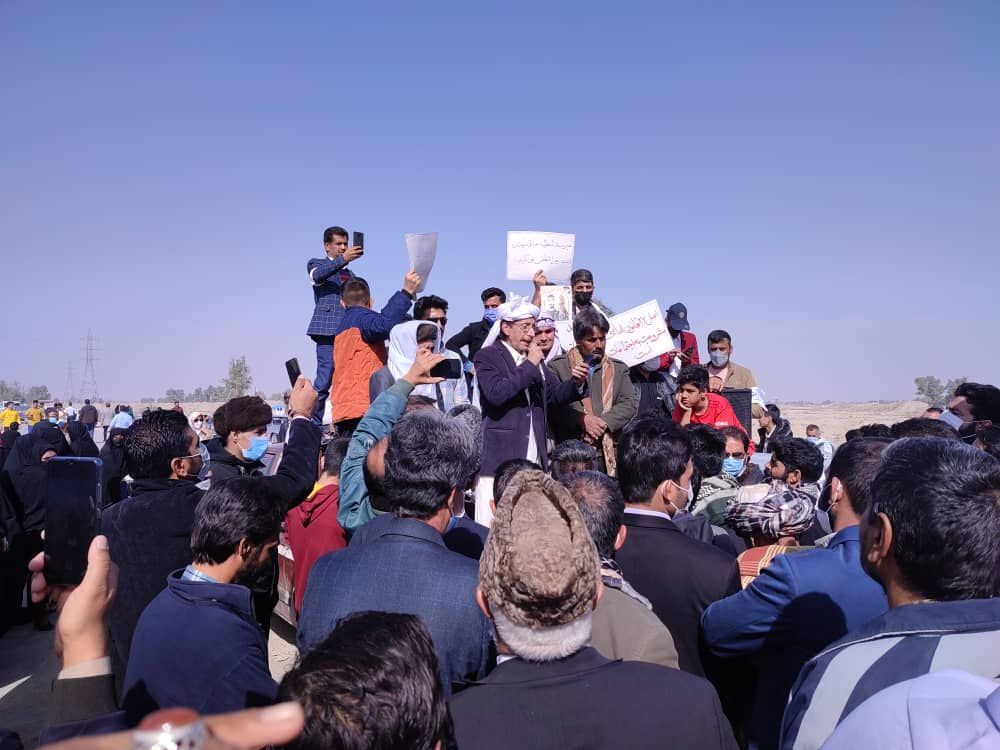 A group of Iranians have gathered at a border-crossing with Afghanistan to protest the neighboring country’s blocking of the flow of the Helmand River’s water into the Iranian side of the frontier.

People from Iran’s southeastern border areas held a demonstration near the Milak border-crossing in Sistan and Balouchestan Province on Friday, calling on the Iranian authorities to stand against Afghanistan’s violations of their right of the water share.

The protesters urged officials to engage in serious negotiations with the caretaker officials in Afghanistan over the issue.

The protest ended peacefully, but scattered violence was reported afterwards.

Meanwhile, a similar demonstration was held near Afghanistan’s consulate in the Iranian city of Zahedan, despite a ban imposed by local officials on such a gathering.

The participants called on Afghanistan to allow the Helmand to flow onto Iranian soil.

The Helmand River has been at the center of a long-running dispute between Afghanistan and Iran over water rights and the construction of the Kamal Khan dam.

Under a treaty signed between the two sides in 1973, Afghanistan is committed to sharing the water with Iran and supplying 26 cubic meters of water per second, or 850 million cubic meters per annum.

Iran also says that dam construction on the Helmand will cause environmental damage, mainly in its water-stressed southeastern region bordering Afghanistan.