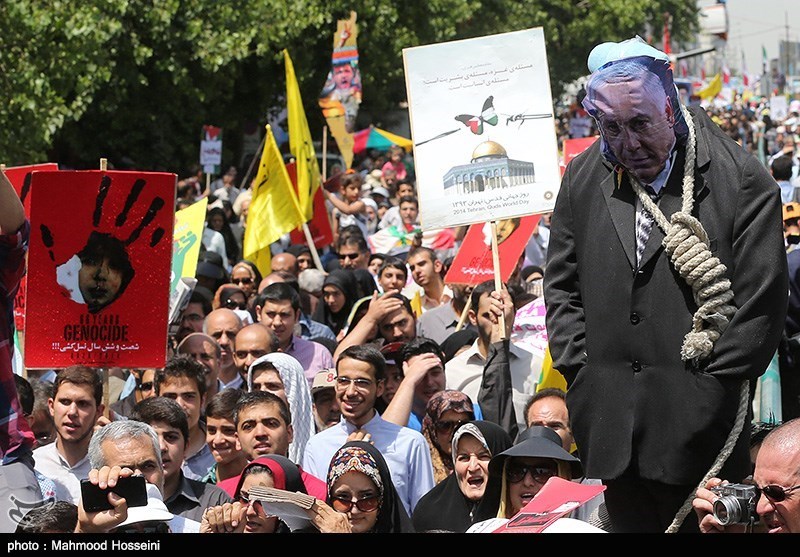 Iranian people from all walks of life have taken to streets on the International Quds Day to express their solidarity with the Palestinian nation and once again condemn the Israeli regime's atrocities.

The nationwide rallies are being held in over 950 cities, and are covered by over 4,000 reporters, photographers, and cameramen including 250 representatives of foreign media outlets.

Muslim people in other countries in the world also mark the day by holding massive rallies and demonstrations, condemning Israel’s violation of the Palestinian nation’s rights.

Back on Wednesday, the Leader of Iran’s Islamic Revolution Ayatollah Seyyed Ali Khamenei stressed that participating in this year’s Quds Day rallies is much more important than previous years considering the sensitive developments in the region.

He was apparently referring to the US president’s so-called “peace plan” for Palestine, and the upcoming Bahrain conference on the economic phase of Trump’s “Deal of the Century”.

On the eve of Quds Day, Iran’s Foreign Ministry called on Islamic nations to form a united front against the plots hatched by the Israeli regime to sow discord among Muslims and divert attention from the Palestinian cause.

In a statement on Thursday, the ministry warned against a US-devised plan to be unveiled on the Israeli-Palestinian conflict and a related Washington-led conference in Bahrain in June, saying the plan, if implemented, will be an “eternal loss” for Palestine and a major gain for its occupiers.

“The current circumstances in Palestine and the region require Muslim nations and governments to maintain their unity, solidarity and integrity against the Zionist regime more than ever,” the statement said.

“While exercising maximum vigilance against this common enemy, Muslim countries need to resist the conspiracies [hatched] by the regime and its supporters to create division in the ranks of the Muslim Ummah and make the issue of Palestine — the top priority in the Muslim world — slip into oblivion,” the statement said.

The International Quds Day is a legacy of the late founder of the Islamic Republic, Imam Khomeini, who designated the day in solidarity with Palestinians.

Since the 1979 Islamic Revolution in Iran, the International Quds Day has been held worldwide on the last Friday of the Muslim fasting month of Ramadan.