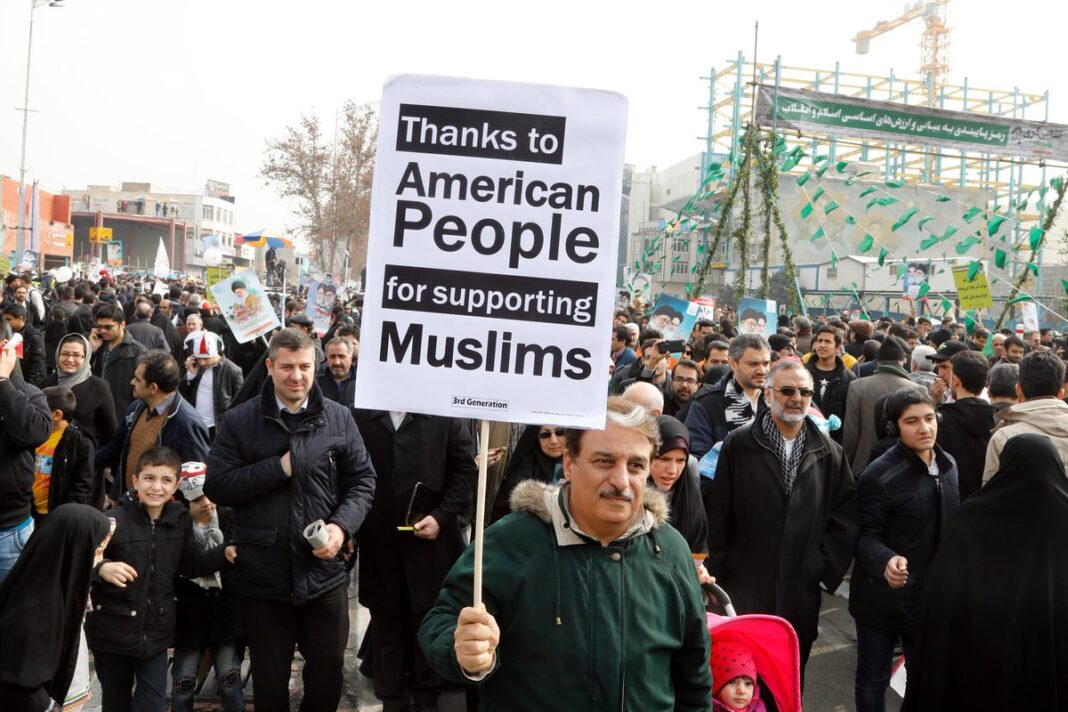 Foreign press reporters from 26 countries were in Iran on February 10 to cover the nationwide Revolution rallies attended by millions of people who chanted slogans against the US administration, but invited American people to visit Iran.

This year, the rallies to mark the 38th anniversary of the victory of Iran’s Islamic Revolution were held with greater enthusiasm due to an intensified verbal conflict between Iran and the US, provoked after Donald Trump came to power.

In response to the US administration, Iranians once again displayed their country’s rich literature and culture – prominently featured by poetry and metaphors – by inviting the Americans to visit Iran!

In some of most fascinating, thought-provoking scenes of the rally, people held placards to invite the Americans to Iran, saying that they would be welcome here. 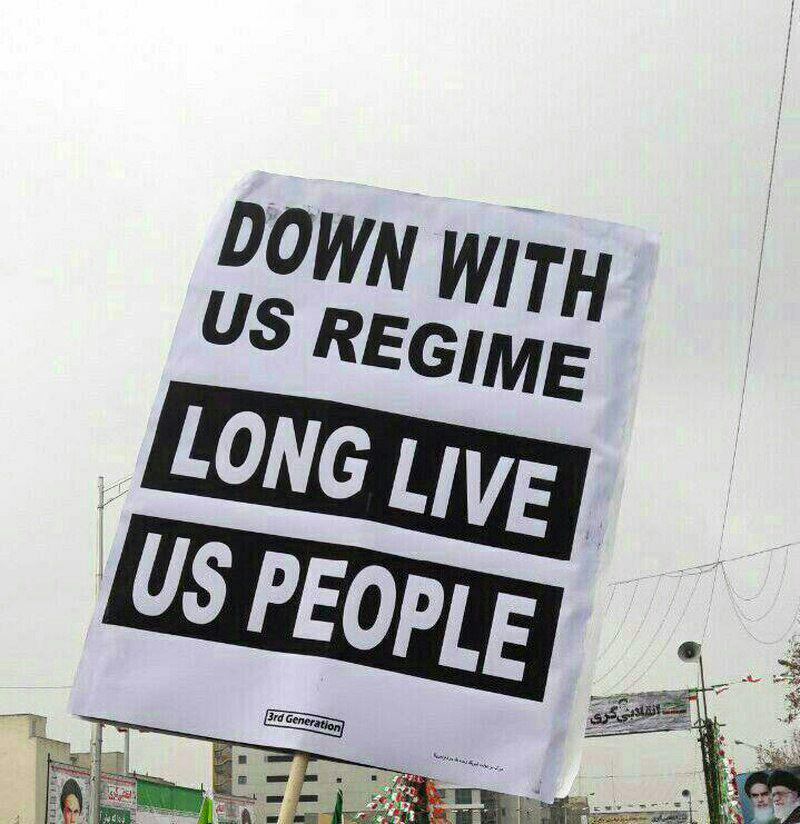 According to a report by IFP, based on the field observations, the number of people who attended the recent rallies attendants was greater than that of the last year: both participants and observers believe that Trump’s anti-Iran rhetoric, exciting to Netanyahu more than anyone else, was the main reason for a more massive participation.

A few millions of people in Tehran participated in the rally alongside their families, little children, and grandparents.

Meanwhile, the Iranian Ministry of Culture and Islamic Guide’s Foreign Media Department announced that more than 230 journalists and photographers from 84 foreign media outlets went to the iconic Azadi Square of Tehran and its adjacent streets on February 10 to cover the million-strong attendance of Iranian people in the rallies. 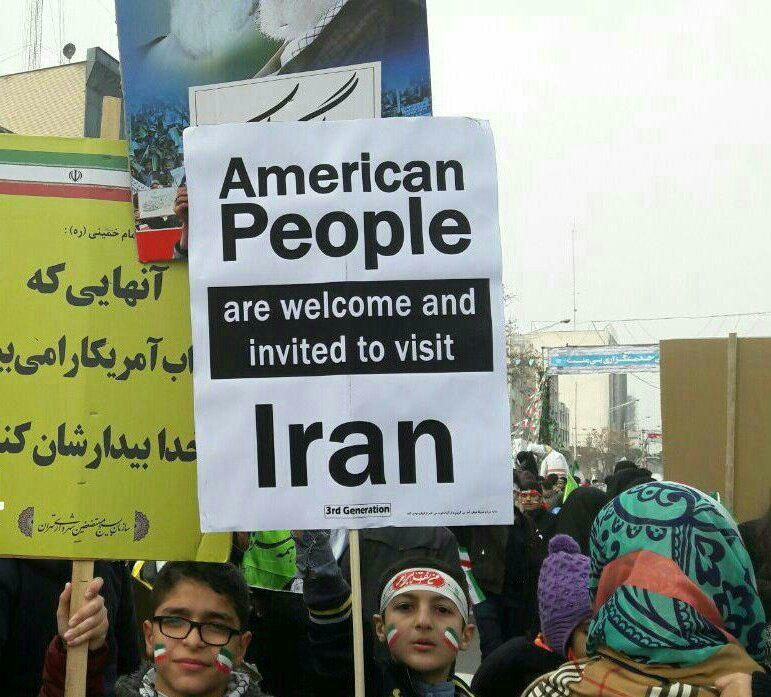 The Islamic Republic of Iran Broadcasting (IRIB) had provided the foreign TV channels with the rally’s broadcast frequencies so that they would be able to display different parts of this event through live coverage, including the speech of Iran’s President Hassan Rouhani.

Michel Setboun, the photographer of the French weekly Paris Match, was one of the foreign photographers who had another opportunity to capture the moments of this annual gathering through the lenses of his camera. He had recorded the Islamic Revolution’s events in his photos between 1978 and 1981, and accompanied Ayatollah Khomeini, the late founder of the Islamic Republic, from Neauphle-le-Château to Tehran.