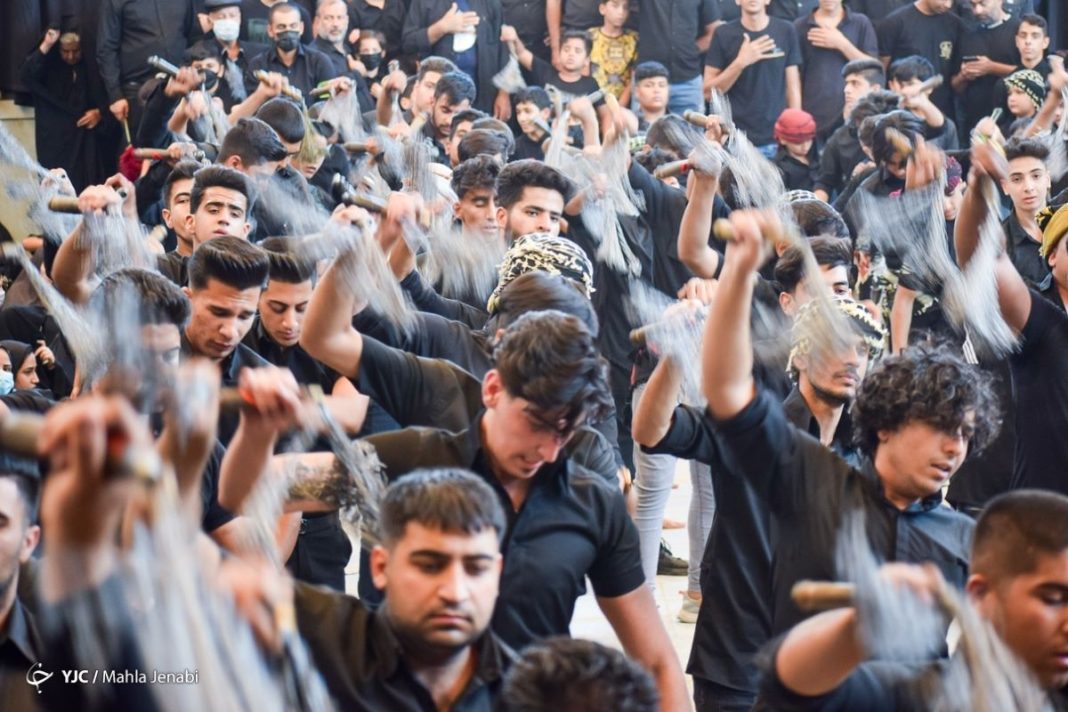 Millions of people across Iran are marking Tasu’a, the ninth day of Muharram on the lunar calendar and one day before Imam Hussein (PBUH), the third Shia Imam, was martyred in the desert of Karbala, Iraq, in 680 CE.

Sunday, which coincides with Tasu’a, was marked by mourning rituals, including religious processions and self-flagellations, in cities, counties, and villages across Iran.

Just one day before what is known as Ashura, the height of the Battle of Karbala, Tasu’a is the day when Imam Hossein, having learned that the army of Caliph Yazid I would charge his camp, asked for a brief respite so he could pray.

The army attacked the next day, martyring the Imam, some of his family members, and almost all of his male companions.

Meanwhile, police in Iran are helping with the ceremonies, including by providing security and guiding traffic around processions.

Mohammad Hossein Hamidi, the traffic police chief for Tehran, said officers were present at some 5,000 tekiyahs (mourning centers) and processions to help manage the traffic and the parking of vehicles at the sites.

He said Tasu’a and Ashura, which marked the climax of the mourning rituals in Muharram, would see the largest processions and said special planning had been made by the traffic police for the occasions.