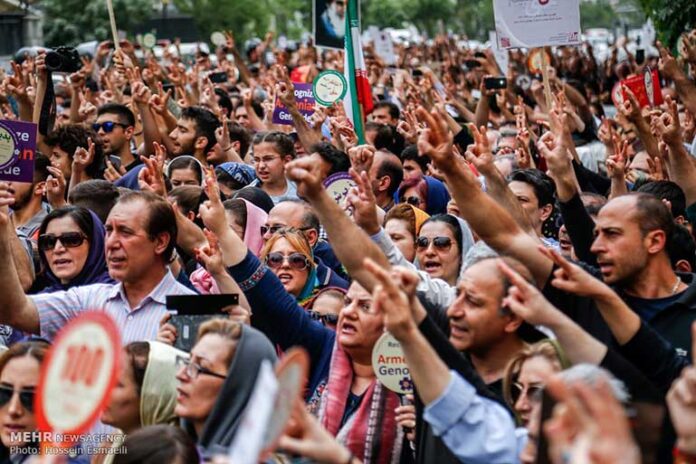 Iranians hold a special ceremony to honor the memory of the Armenians who were murdered during World War I.

Hundreds of Iranian Armenians gathered outside the Turkish embassy in Tehran on Friday to commemorate the centennial of the massacre of the Armenians during World War I by the Ottomans.


A special memorial service was also held in Tehran for up to 1.5 million ethnic Armenians who are said to have been massacred one century ago.


The following are images of the two events filed by different news agencies: