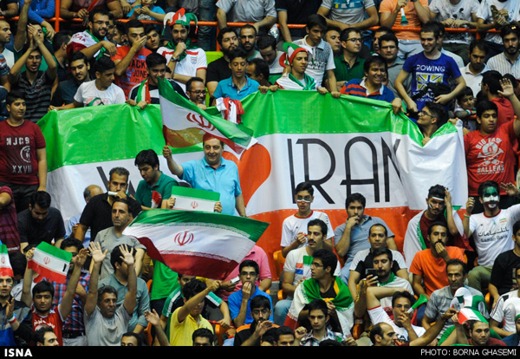 Iranians fill the streets to celebrate the victory of the national volleyball team against the US.

The two teams are scheduled to line up against each other again on Sunday.

The following are the photos the Islamic Students’ News Agency (ISNA) released after the game.