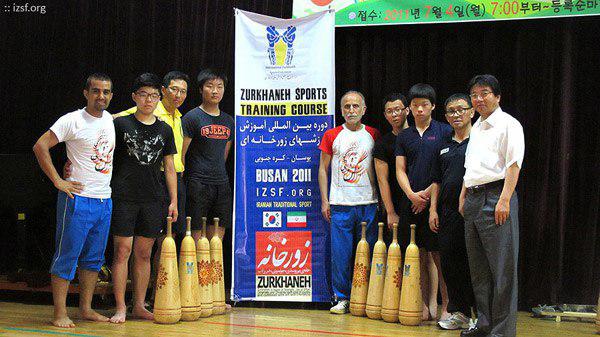 In recent years, South Korea has shown its interest in developing the Zurkhaneh (Pahlavani) sports through the management of the issues related to this original Iranian sport across the Asian continent.

This sport began to be practiced in South Korea when the Asian Confederation of Zurkhaneh Sports established its office in Busan, the second most populous city of the country in spring 2016.

At present, next to Iran, 24 other countries, including Lebanon, Thailand, India, Indonesia, Nepal, South Korea, Sri Lanka, China Taipei, Pakistan, Bangladesh, Syria, Tajikistan, Japan, Mongolia, Afghanistan, Iraq, Uzbekistan, China, Turkmenistan, Hong Kong, Kyrgyzstan, Malaysia, the Philippines and Singapore are members of the Asian Confederation of Zurkhaneh Sports, which shows the sport has the capacity to be included in the Asian Games.

As a turning point, Zurkhaneh sports were included in the fourth round of Islamic Solidarity Games in Baku in May 2017, a Farsi report by IRNA said.

San Sun Pyo Ali, Hong, Secretary-General of the Asian Confederation of Zurkhaneh Sports, said during his last year’s visit to Tehran that “South Korea is very pleased to work with the International Federation to develop this sport.”

Describing the sport as a very exciting and attractive one, he added that “if the trainings begin at a young age, it will have positive results. Therefore, Zurkhaneh Sports are practiced at schools and student teams have been formed across the country.”

“We are going to continue this program in other Asian countries and nations as well.”

After the establishment of the Zurkhaneh and Pahlavani Wrestling Confederation in South Korea, the country’s National Confederation also began its work in recent days.

One of the main objectives of the South Korean Confederation is to become the hub of training for the Zurkhaneh Sports and Pahlavani Wrestling in Asia. 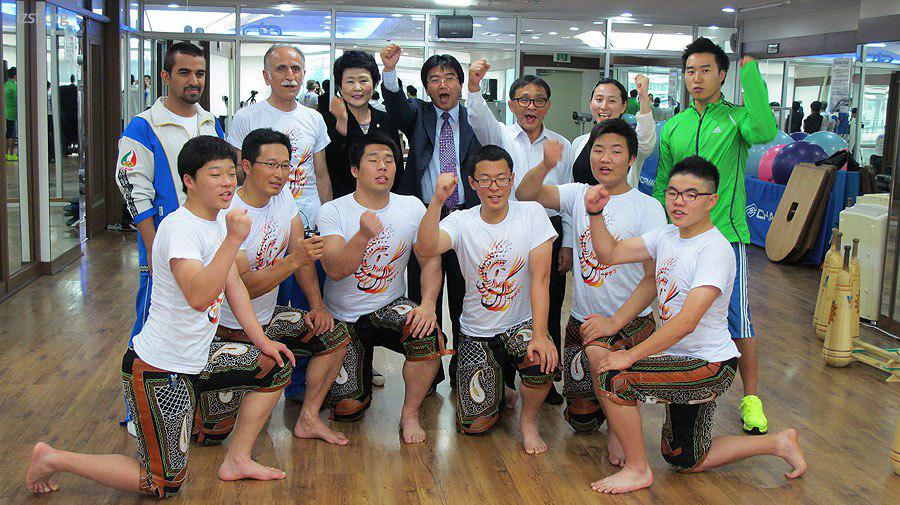