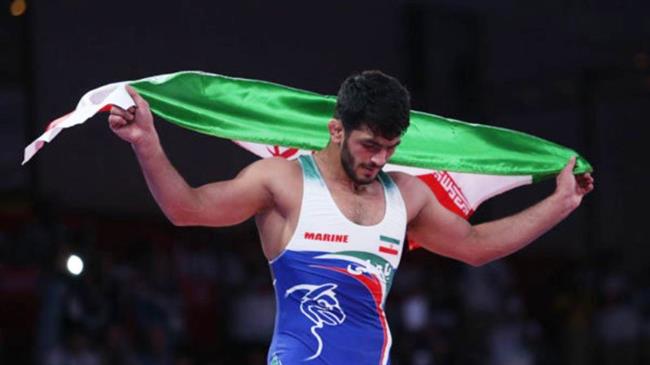 Iranian freestyle wrestlers have grabbed two gold medals in the first official day of the 2018 Asian Games in Indonesia.

In the freestyle wrestling 86 kg category, Hassan Yazdani defeated all his opponents by technical superiority.

Yazdani beat wrestlers from Indonesia, India and Mongolia to reach the final match. In the final, the Iranian athlete overpowered his Lebanese opponent 10-0 to wrap up the victory in just 1 minute and 29 seconds.

Elsewhere in the 97kg category, Alireza Karimi also won a gold medal with a 6-0 victory over his opponent from Kyrgyzstan. Karimi defeated wrestlers from Japan and Uzbekistan in the earlier rounds.