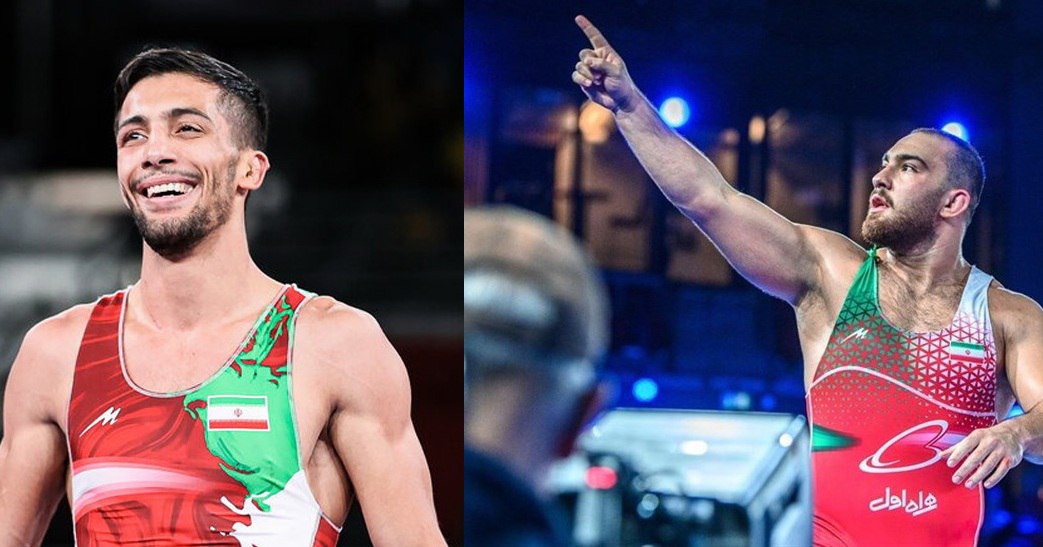 The international governing body of wrestling, the International Wrestling Union, has named three wrestlers, including the two Iranian Olympians Mohammadreza Geraei and Amir Zare as its Breakthrough Performance of the Year award winners.

Geraei won the 2020 Tokyo Olympics’ gold in the 67-kg category of Greco-Roman competitions and Zare secured the bronze in the 125-kg free style.

Before being crowned in the Olympics, which were held in 2021 due to the coronavirus pandemic, Geraei had no world or Olympic medal on his resume. The 25-year-old, dubbed ‘The Iceman’, defied all expectations and claimed the top spot, before sealing his improbable 2021 campaign with a world-title in the Oslo wrestling championships.

Zare, who is now just 20 years old, was propelled into the spotlight after winning an Olympic bronze in Tokyo and gaining heavy weight supremacy in Oslo with key victories against Georgia’s three-time world champ Geno Petriashvili of Georgia and Olympic gold medalist Taha Akgul of Turkey.

His title was also a national feat as it brought back Iran to the top heavy weight spot in the world championships 32 years after Alireza Soleimani’s 1989 gold.