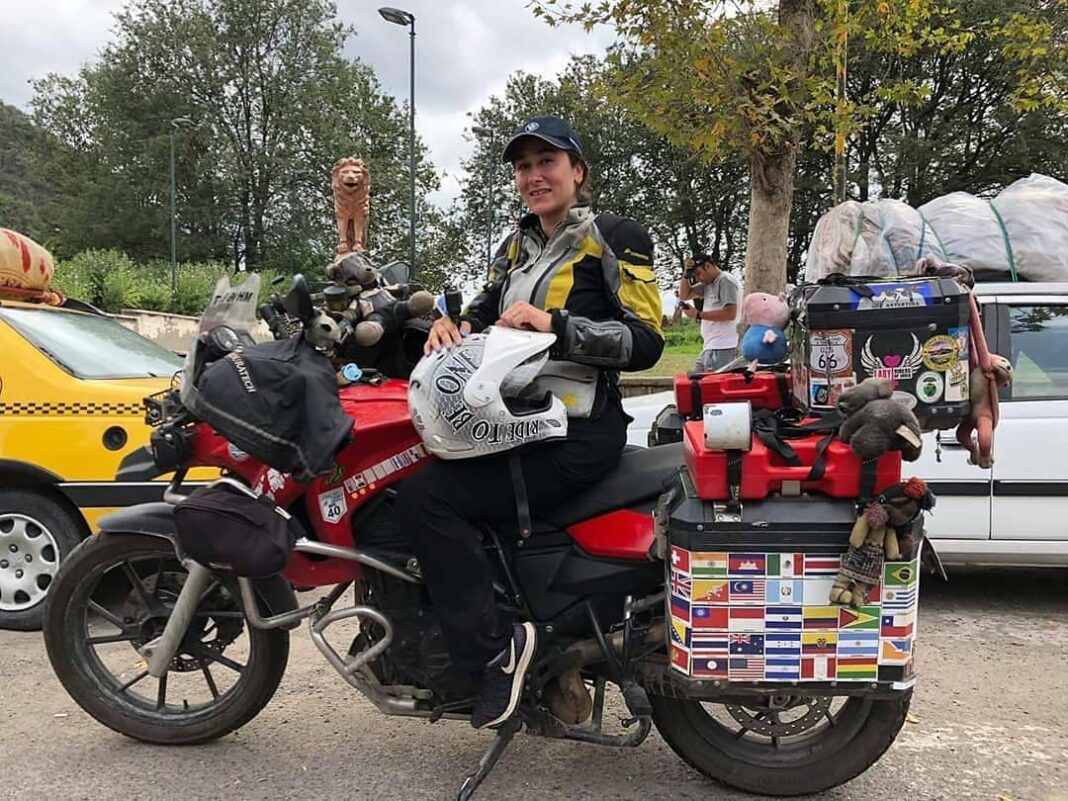 The first Iranian woman tourist travelling on a motorcycle has entered Iran on the last leg of her globe-trotting adventure, which started two years ago. 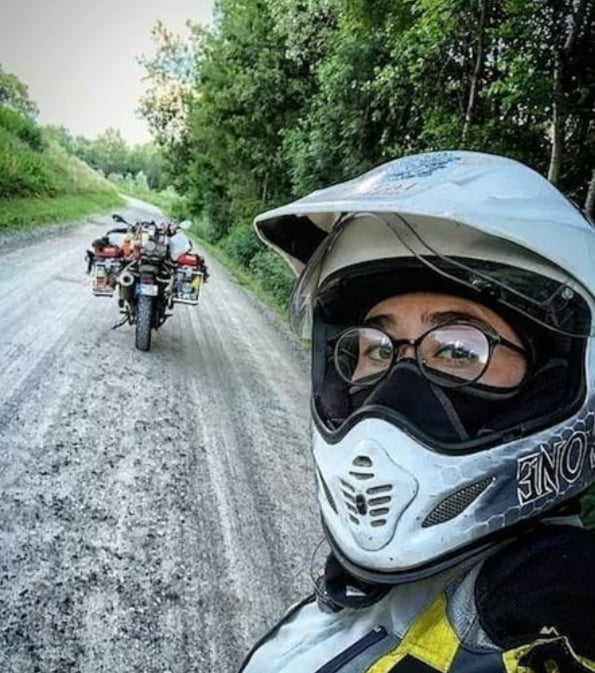 Maral Yazerloo is the first Iranian tourist who obtained a permit to enter Iran on a motorbike to end her journey around the world which kicked off two years ago. The 36-year-old tourist travels alone. She worked in the fashion designing and branding business in India for 14 years. She intends to clock up 100,000 kilometres across 45 countries. She travels on an 800-cc BMW motorcycle.

Yazerloo holds the Middle East and Asia’s record by having travelled across 64 countries in the seven continents in one and a half years. Having travelled 110,000 kilometres in different countries on her own, Yazerloo showed the capabilities of an Iranian woman to the whole world, and wound up her tour of the world by coming to Iran and travelling along the roads and towns of her motherland. The E’temad daily has conducted an interview with her, the full text of which follows.

Why did you decide to do this?

I lived in India for 15 years, 12 years of which I worked in one of the largest Indian companies. I lived in a very good situation in India. I had a very good job and a very good social status. I was educated as well. Of course, I’m also an outfit designer. I have a brand of clothes in my name in India.

Before setting off on my journey with a motorcycle, I had already travelled to 67 countries. Each year, I took one month off from work and went on a trip. When I decided to go on this trip with a motorcycle, I wanted to make my dream of going around the world on a motorbike come true. This is my motto in life: Never stop trying until your dreams come true.” I began my journey one and a half years ago in the Indian city of Pune. I travelled to 64 countries in 7 continents in a matter of one and a half years. 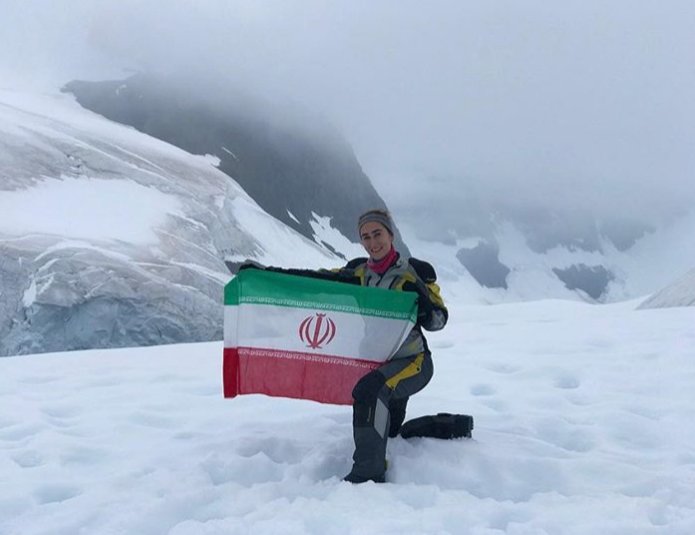 Did you ever run into problems when crossing borders?

When I wanted to get across borders, sometimes they would keep me waiting for 5-6 hours in order to do the legal work. But on all borders around the world, they respect a woman tourist who is riding a motorbike. They treated me with so much respect.

How much did your journey cost?

I don’t remember exactly now, but I can say around 150,000 to 200,000 dollars. During the 12 years that I was working, I was the manager of two important departments of the company and received a very good salary. I was paid in dollars. That money was enough to cover the costs of my journey. 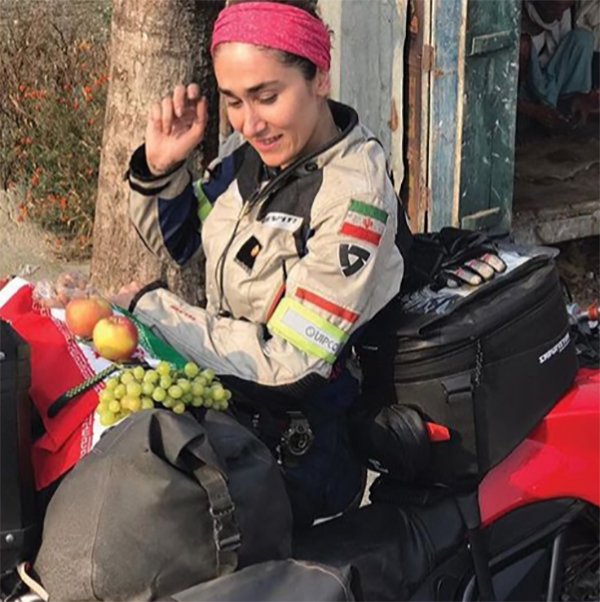 You said you are married. How did your husband react to your decision?

I got married around 10 months ago while I was travelling. I had met my husband before. He had already popped the question. We tied the knot in Peru in Latin America. My husband would fly to the country which I was visiting at that moment. He would see me and then he would return. I haven’t returned to my home since I got married.

As a woman, what problems did you have during your trip?

As a woman riding a motorcycle, it is very important to choose the right roads when you are travelling. It was very important for me where to stay and set up a tent. Naturally, a woman travelling alone has some fears.

I preferred not to be on the road at night. The reason is that nights are more dangerous than days in any country. Another point was that my motorbike is too heavy. If it drops to the ground, there is no way that I, as woman, can pick it up. There may be some techniques recommended on the Internet, but it will be impossible to lift 375kg of weight. I needed to fully tap into my skill while riding along muddy and rocky roads to keep myself from falling. 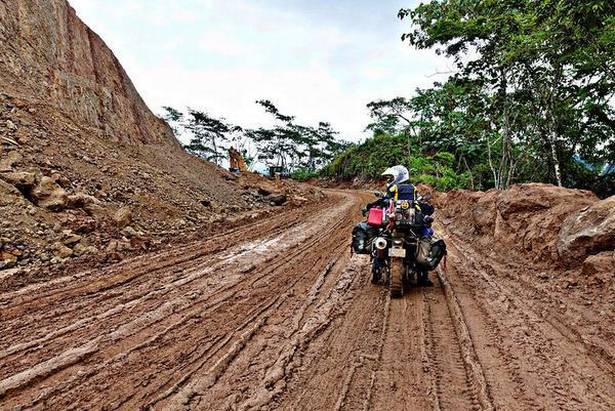 Another problem was that you come across different climates during such a trip, sometimes too cold, sometimes too hot. Sometimes I experienced three or four types of different weather during one day. It happened on many occasions that I kept travelling while running a fever and aching all over. Of course, it is not only women that may experience such hardships.

For example, when I was travelling across Mexico, I was told not to stop over in that country. They said I should stop only for refueling my motorbike. And they told me not to even get off my motorbike when stopping at the gas station. At that time, the most infamous gangster had captured the area, and smaller gangsters would stop cars in the streets and behead people. The reason was that the gangster that could kill the most number of people would be picked as the new big gangster. I was crossing that area exactly at that time. I had been told not to cross that area, but I had to. I had to ride 700,000 km per day non-stop to get to a safe place.

Didn’t you face any problems when coming to Iran?

Long before I entered Iran, I had been told that they were worried about me, and that I shouldn’t go to Iran. But I was born in Iran and I’m an Iranian. So, I did want to go to Iran. I was able to cross the border into Iran thanks to support from my mother who had come to the border. I want everyone to know that they treated me very well at the border. I went through all legal procedure at the border.

Afterwards, I was interrogated and they asked me questions about where I had come from, where I was going and what my objective was, and question like that. When they were sealing my passport, they told me that I was an honour for Iran, and that they were happy to see an Iranian girl had been travelling round the world on a motorbike and had the Asian and Middle East record. They said it was an honour for them to allow me to enter Iran. I had no problems at all. I was the first Iranian girl to receive the permit to ride a heavy motorcycle in Iran.