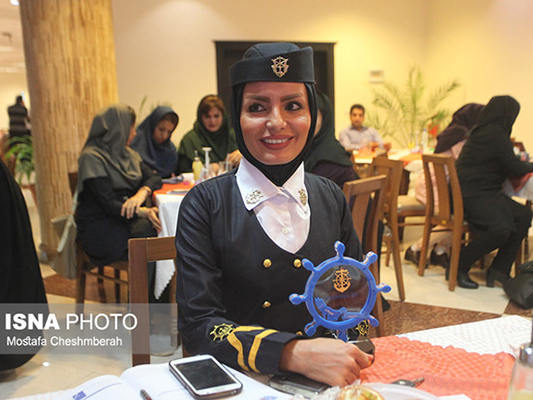 Sailing is usually considered a muscular job worldwide. Women usually are not interested in the job given its demanding nature, but an Iranian woman has become a successful sailor.

Raheleh Tahmasebi Sarvestani is an Iranian seawoman who says is in love with sailing even though you rarely see a woman on a ship as a sailor.

She has been elected as the Best Sailor of the Year (2016-2017) in Hormozgan Province in southern Iran.

Raheleh is one of the few female sailors in the naval fleet of the Islamic Republic of Iran. She is one among all Iranian women who have attempted to overcome obstacles in their way to play their social role.

In a Farsi interview with ISNA, Tahmasebi has talked about her love for sailing as well as her relentless efforts to overcome the obstacles in the way to win a job on a ship. 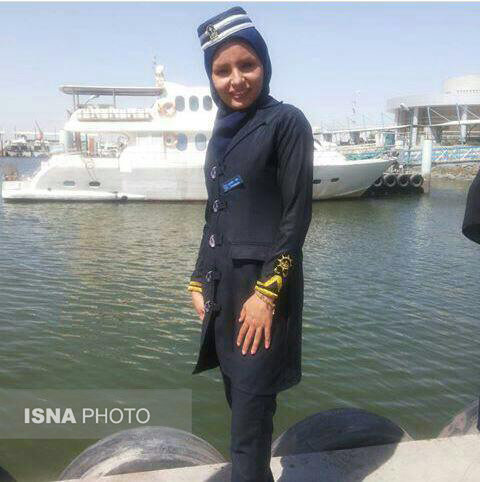 Second Lieutenant of a Military Vessel

Raheleh was born in 1984. She is now the second lieutenant of military vessels between 500 to 3000 tons. “I passed my training courses on a commercial ship titled Saghar. Then I began to serve on another ship titled Hormuz Pishro and now I’m preparing for a number of exams.”

Raheleh went on saying that to become a captain, she has to undergo various training courses which may take at least 16 years. “We have to begin our carrier as a sailor. After undergoing several training courses from first to third Lieutenant, we enter a new phase with special courses for becoming a captain. Then we need to pass several other courses. In each course, the applicants must pass special trainings.”

In Love with Demanding Job

On her reasons to choose sailing as her job, the Iranian seawoman said, “I’ve always been looking for a special job for which I was ready to pay a price. First, I began to conduct some researches on the job conditions of flight attendants. Then I heard of a training course for sailing which was going to be held in the southern province of Hormozgan and decided to attend the course.”

“Having passed the course, I began to realize that I’m capable enough to take the demanding job. It made me more determined to go ahead with my decision. The job has its own problems and few women apply for this job because most people are not capable of taking it.” 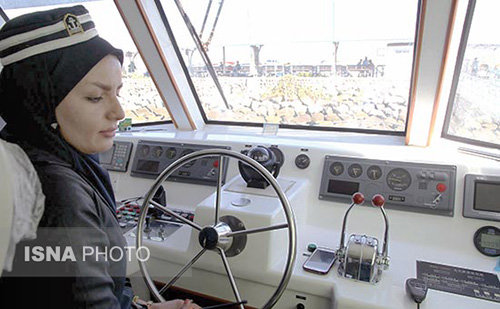 Feeling Pleased as a Successful Woman

Raheleh said she is proud of herself as a successful woman in the sailing industry.

“I’m sure that I can take the job and there is a long distance ahead. One of the main reasons behind my success in this field is my love for sea and my strong will to go ahead with my decision. I believe a lover can’t forget her love under any conditions.”

Raheleh said the Iranian women can enter the sailing industry after passing the university exam or undergoing special sailing courses in the licensed institutes. She added that the sailing is a hard and muscular job which requires undergoing hard courses, but women can pass the courses if they want.

She said she wants to teach women who have applied to become sailors.

“I would like to make progress in my job through taking up my educations. My greatest wish is to become the first Iranian woman commander in the navy.”