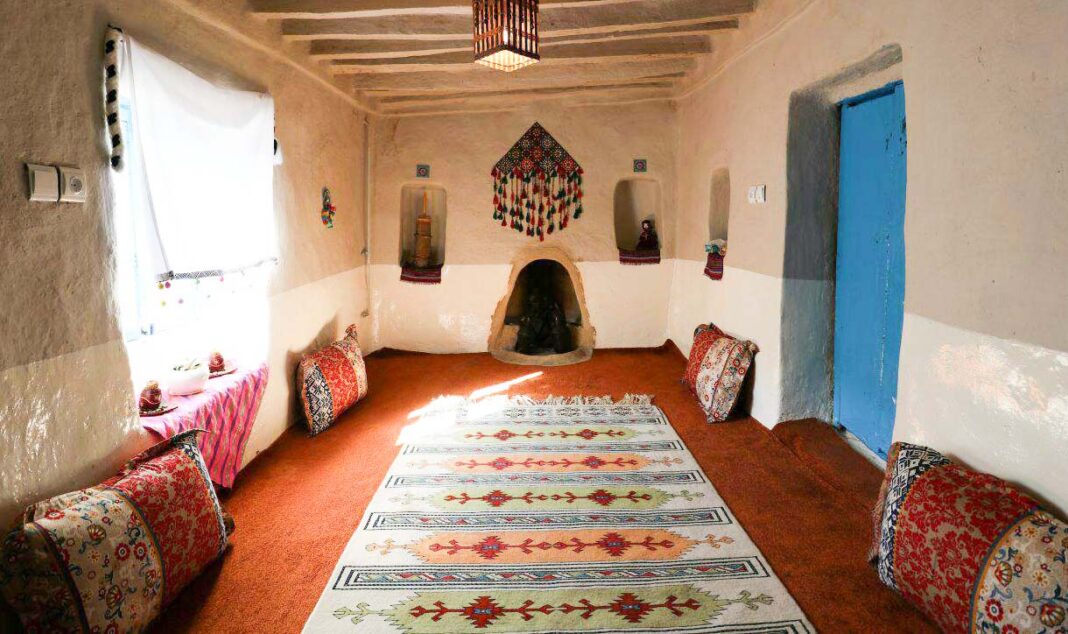 Raheleh Ahmadi is an Iranian woman who has given up living in the city and departed for a remote village to turn it into an ecotourism destination, providing inspiration for the local women.

After a sudden boom in sustainable rural tourism, Iranian women have missed no chance to get involved in this area. Today, most of them have turned into ecotourism activists. Urban women have also begun to return to their motherlands or settle in remote villages to open eco-lodges.

According to the figures released by Cultural Heritage, Handicrafts and Tourism Organization of Iran, there are nearly 700 eco-lodges across the country. “The lodges are scattered across 28 provinces and two free zones.”

Iranian officials promised three years ago to increase the number of eco-tourism centres in Iran to 2,000.

Sasang is a village 21 kilometers away from the city of Minudasht in Golestan province, northern Iran. About 300 families live in the remote village. The village used to be a hub of textile industry for a long time, but the industry has lost its momentum in the village over the past years. Today, it is hosting its first eco-lodge, hoping to boost its ancient industry once again.

By establishing an eco-lodge in Sasang, Raheleh Ahmadi has managed to not only refresh her own life but also add colour to the lives of many villagers particularly the rural women.

The lodge which Raheleh has established in Sasang is made up of two separate buildings with seven rooms in the heart of Hyrcanian forests.

Elaborating on the lodge’s establishment, which took one and a half years, Raheleh says, “Two years ago, during the early days of the New Persian Year, my daughter and I took a tour of village roads to find an appropriate place for establishing an eco-lodge. I found it in Sasang village. We loved it very much and began to hold dialogue with the rural women on living costs in their village. I told them that I like to live with them. They were surprised to see that an urban woman wants to migrate to a remote village. I tried to establish a good relation with them.”

She further noted that she held talks with the officials to rent a piece of ground to establish her eco-lodge. “At first, they didn’t trust us and we had problems.”

According to Raheleh, at first, no villager was ready to rent her a house or ground, saying they didn’t trust women when it comes to issues like this.

One year on, Raheleh visited Sasang once again, this time, along with a male colleague. She was shocked to see that this time the villagers eagerly rented a home to her male colleague.

“We began to repair the rented houses for at least three months. We first began our work last year with a building with three rooms. About five to six months later we expanded it to two buildings,” she said.

Valery is 30 year-old girl from Switzerland who came to visit Iran. She entered the kitchen and enjoyed its interior decoration after making a tour of the village. Valery returned to her country with the good memory of Iranian hospitality and the delicious taste of noodle soup.

Sasang eco-lodge is now the only destinations in the village with the rural women as its main staff. Raheleh says she became determined to press ahead with her project to attract the dismayed women of the village. “One of the main motives that pushed me forward was to create jobs for the village’s women. I was impressed by their dismay. They asked me why I wanted to migrate to here. They said they wished to change their lives with mine. There was a deep dismay in their statements and looks which deeply impressed me.”

Raheleh said during early days of her career, she sat on a mattress under a walnut tree holding talks with the rural girls who came to confabulate with her.

“I told myself I should do something to make these girls hopeful. I had to do it. So, I decided to put at least 10 years of my life into the project to turn their absolute dismay into hope,” she added.

According to Raheleh, the project was very difficult. “I spent one and a half years of my two years in Sasang in hard conditions because the locals rejected me. There are some abnormal behaviours in the rural areas which is difficult to decode. As a lonely woman with a different appearance, I could potentially create misunderstanding. But I tried to act and wear like them. I sat for talks with them to hear their sufferings and help them.”

Raheleh maintains that the villagers had come to this belief that through eco-lodges they can earn revenues. “After one and a half years, other villagers became encouraged to build their own lodges.”

“During our peak seasons, when our lodge with a capacity of 25 passengers is filled, we send other tourists to the locals’ homes to create revenues for them. They take the tourists on a tour of the village and get them involved in tourist projects,” she noted.

Raheleh says eco-tourism business begin from our home, adding each home gains its identity with the presence of women. “Many tourists choose to come to our residency because they say it has a female atmosphere which distinguishes it from other residencies. Women are better hosts. That’s why the guests feel better when hosted by a woman.”

What follows is a collection of photos from Sasanh eco-lodge: