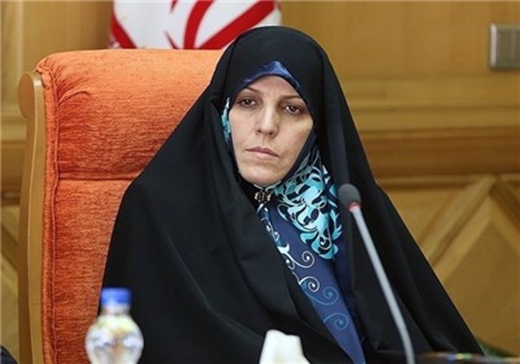 Shahindokht Molaverdi, the Iranian Vice President for Women and Family Affairs, has recently talked about the government’s plans to facilitate the life and work of Iranian women.

“After the ratification of the Sixth Development Program, we would be able to carry out a 5-year plan regarding women and family,” said Shahindokht Molaverdi, according to a Farsi report by ISNA.

“Our priority is to find a balance between the presence of two genders in the job market,” she noted.

“Regarding the position of family and women’s multiple familial tasks in our society, achieving a balance between women’s work and life is a cause of major concern,” she added.

“We can’t accept quotas set on the employment of men and women; Iranian Constitution upholds equal rights to get jobs for both genders, and our efforts to achieve gender equality are made in this direction.”

Molaverdi referred to the provision of reports about existing discriminations against women in the 2016 national recruitment exam – which were followed by the strict order of President Hassan Rouhani to end such discriminations – as an example of her Department’s efforts to promote gender equality in the job market.

The qualification of women for management trainings in public sector, such as the Ministry of Industry and Industrial Management Institute, is another example, she went on to say.

“We had several meetings with female entrepreneurs and activists in order to improve the state of women’s occupation in private sector,” she noted.

“We believe that some mechanisms are needed to reduce women’s concerns about their families while working, in order to find a balance between their work and life, and improve their job security. Executive organs, in cooperation with private sector, are tasked with facilitating the establishment of kindergartens near workplaces of women with children,” Molaverdi added.

“Our most important measure now is to change the culture of housework division between men and woman. It will definitely take time,” she announced, mentioning other activities of her Department in this regard, such as adopting a flexible approach to the implementation of 9-month maternal leave, considering flexible working hours for women, and taking into account some facilities for single parents.

“By putting emphasis on women’s key role and presence in the society, the Islamic Republic of Iran has gained valuable experiences,” Molaverdi noted.