Iranian VP Calls for Formation of Global Network against Violence 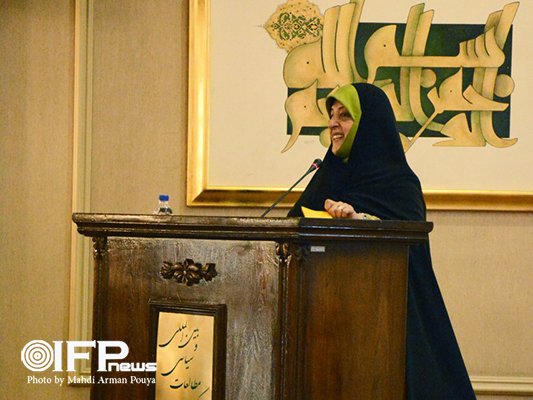 Iran’s Vice-President for Women and Family Affairs Massoumeh Ebtekar has called for the establishment of a network among governments, parliaments, NGOs, and women activists to promote peace and security not only in the Middle East but at the international level.

Ebtekar, who was addressing the closing ceremony of International Event on “Women, Sustainable Peace and Security” in Tehran, pointed to the coincidence of the International Women’s Day (March 8) and the Women’s Day in the Islamic Republic of Iran (March 9) and described it as an “exceptional opportunity for all of us to promote the culture of peace and understanding among our societies.”

“We are facing major existential threats to life and planet Earth today; one is war, aggression, violence, terrorism and we see it every day. We hear it on the news. Or many of us have lived through it,” she noted. 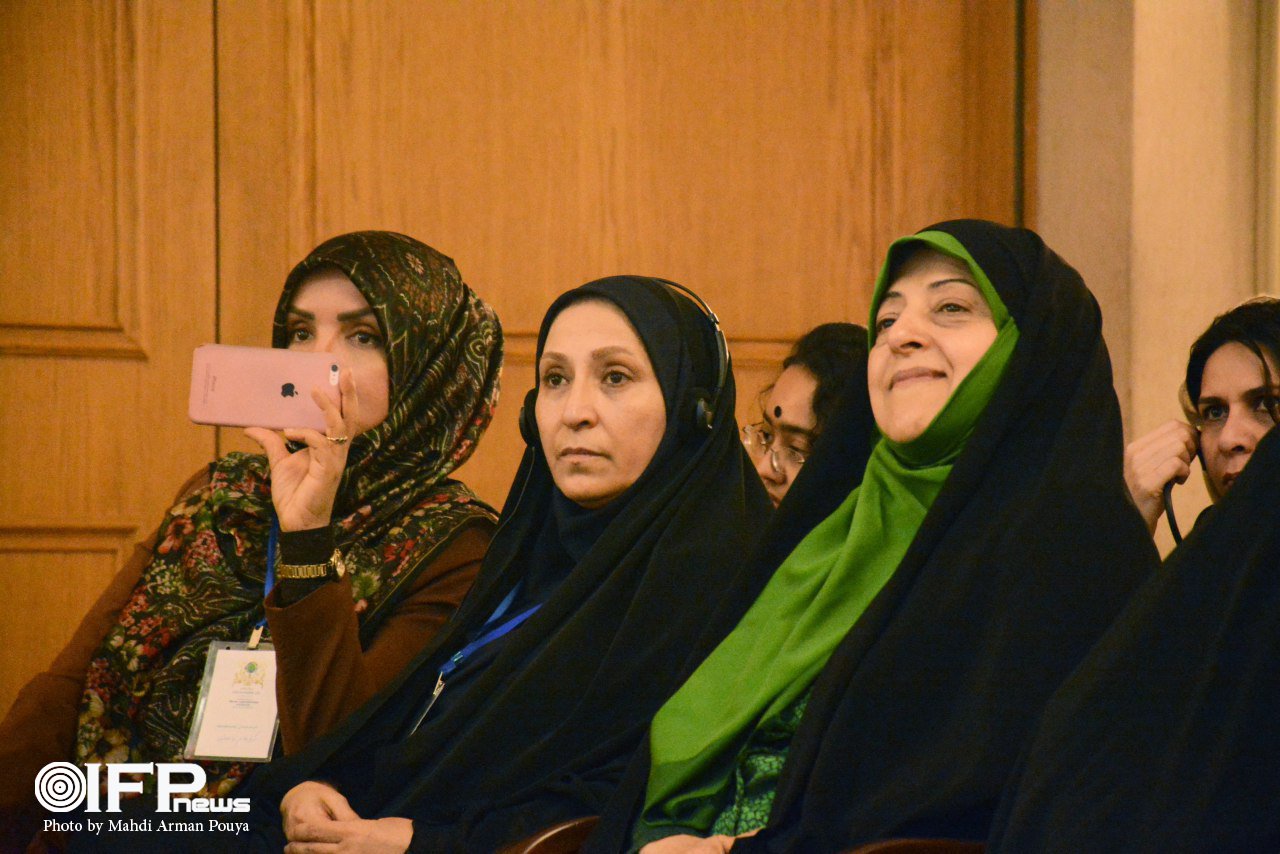 The Iranian VP said “both of these existential threats are now on the table and are issues that have been taken up by the international community and by local governments, by NGOs, and by people.”

She said it is very important to address these issues on a concept of peace and security in general and in a more conceptual and theoretical dimension as well to tackle the root causes of violence, terrorism, and insecurity.

Ebtekar noted that peace seems to have become more elusive than ever in Asia, Africa, and many parts of the world, including our region.

“Women, men, and children are suffering and nature is suffering as well at the hands of the powers that are intervening,” she said, adding that aggression, terrorism, violence, and extremism are all the different forms of violence that we face today.

Ebtekar noted that our actions are rooted in our beliefs and worldview. “If there is violence, extremism and war, it is rooted in certain worldviews, beliefs, mentalities and a selfish materialistic approach.”

“We see this materialistic and selfish approach on women as well and violence against women,” she noted, adding that this is not just limited to instances of war and aggression.

Ebtekar stressed that if we need to promote peace and security in today’s world, we need to start from our hearts, minds, mentality, and our approach.

“We need to bring that change in the way that we manage the world, in our approach on global affairs. We need to prevent the mentality that brings an assault against human, nature, the existential threats that we face in today’s world.”

“This is the message that our session today brings, that we need a peace of mind and soul inside our souls and spirits. We need that peace to be able to promote peace and security in today’s world. We need to ensure that there is collaboration among nations to promote peace,” she went on to say. 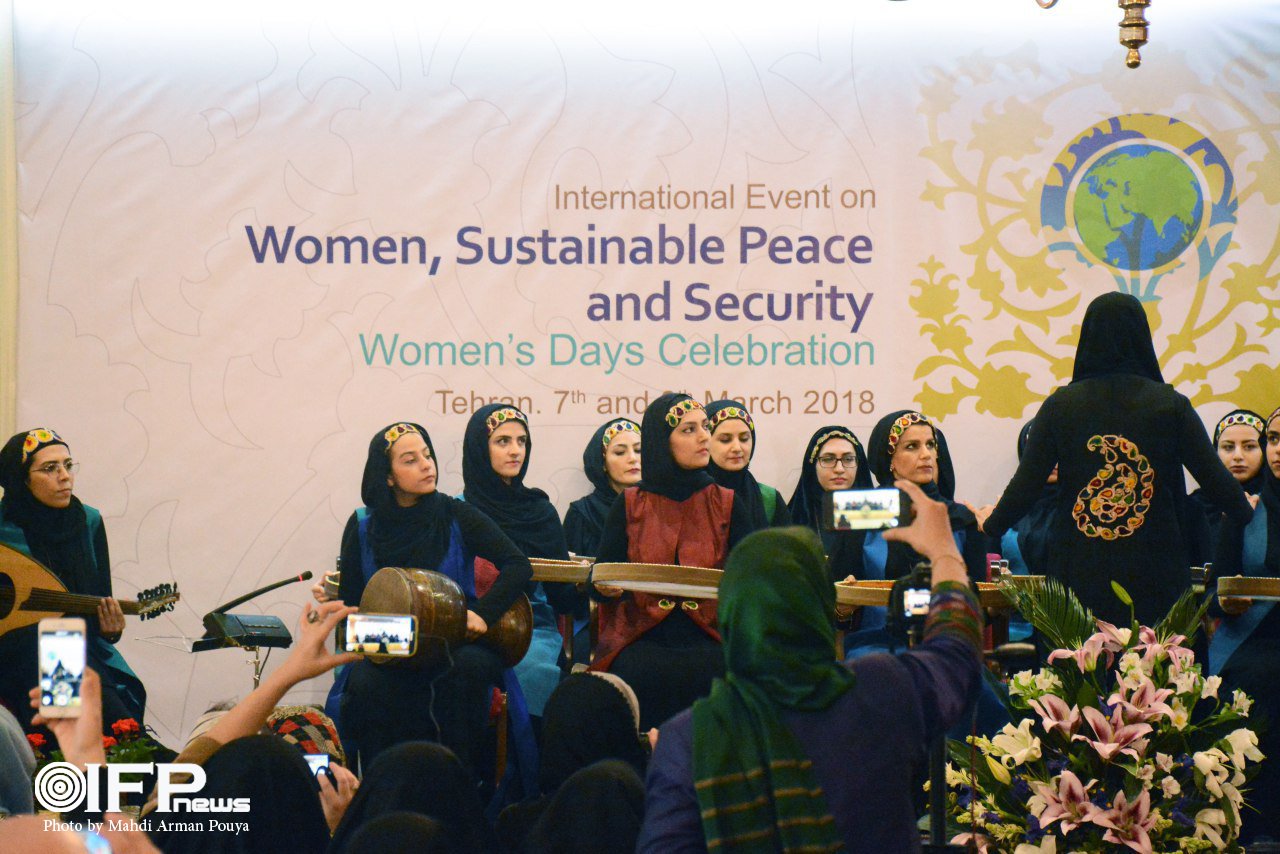 The Iranian officials said “we need to ensure that there is understanding among nations at the international level.”

Then she referred to the UN Security Council Resolution 1325 as a very important resolution, and rhetorically asked, “But how well has it been actually implemented? How many women do we have in decision-making levels, on issues related to conflict resolution, at the national level, how well have we been able to engage women?”

However, she added, in spite of the diversity, we are also a very peaceful society; we have our own challenges and ups and downs like any other society, and we also have our principles.

Ebtekar referred to the peaceful coexistence of different ethnic groups and religious denominations in the country, and said they are living together in peace and prosperity.

She said currently the government has a very serious policy on empowerment and promoting the status and the rights of the women and family. 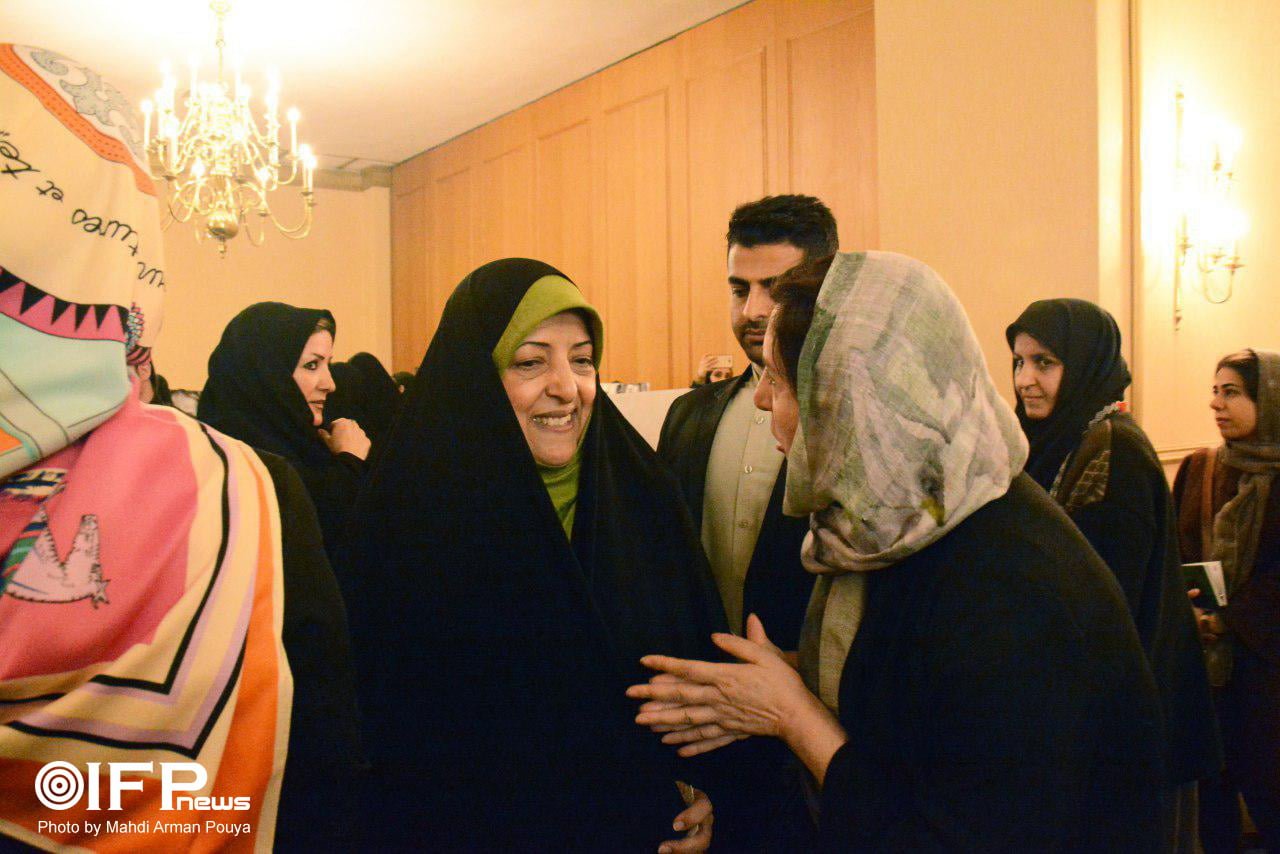 “As regards promoting peace and security, the family has a very important role; the family in all parts of the world today faces serious challenges. We believe that a dialogue entitled a ‘National Family Dialogue’ needs to be established and we have started this in 11 of our 31 provinces.”

“This is also a policy that we are promoting; we have a campaign and nationwide workshops and educational schemes on social resilience. We believe social resilience could be a solution to many of the social ailments that we have in our society and could serve as an example for other societies as well.”

She further pointed to the expert panels held on Wednesday with the participation of several Iranian and foreign activists, lawyers, and academics, and said many examples of women’s sufferings were discussed in the panels.

“During the Wednesday panels, the issues of war, violence and the importance of peace and security were discussed,” she noted.

“The sessions that we had yesterday and today and this event can be a starting point for a campaign and a network among governments, parliaments, NGOs, and women activists to promote peace and security not only in this region but at the international level and also to work in terms of awareness and influencing policy at the global, international, regional and national levels,” she added.

Ebtekar said she looks forward to establishing that network particularly among different nations and countries that were attending the session and also among the NGOs, diplomatic communities. 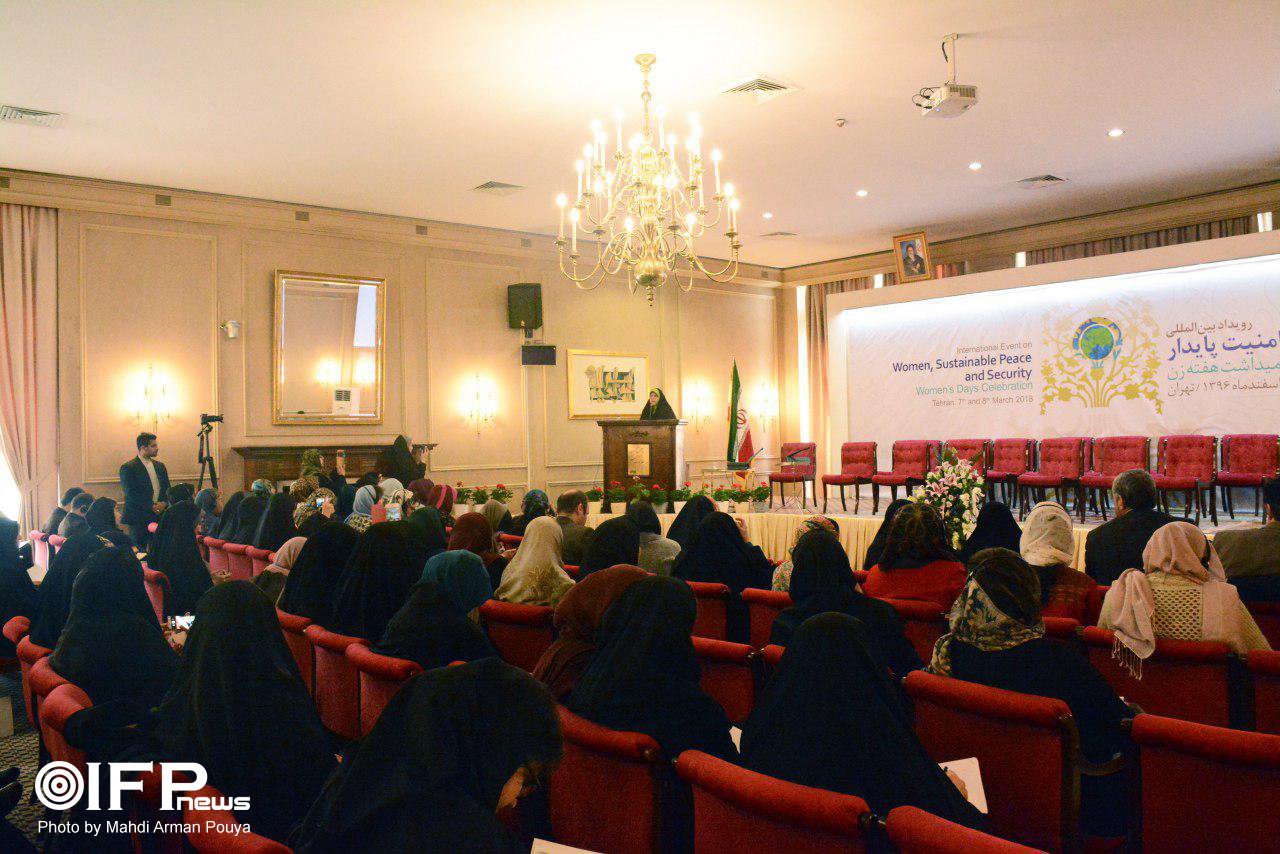 “We hope that we can maintain this approach and establish a network and move ahead and maybe influence the region.”

“What has been done in the past two days is that you have heard the voice of those who have suffered during war; the women, the children, and the people of the world; and that you have worked on ways and methods in which we can promote peace and security.”

“You have been the voice of the voiceless here and I hope that this could be a positive step forward in terms of promoting peace and security in today’s world,” she concluded.

The two-day International Event on “Women, Sustainable Peace and Security” wrapped up on Thursday in a ceremony also attended by Foreign Minister Mohammad Javad Zarif.

The event was organized by Vice-Presidency for Women and Family Affairs, and was aimed at creating “an opportunity to learn from valuable experiences of women in the region and pave the way for effective action towards realization of sustainable peace.”

It was also aimed at eliminating gender-based violence that is being used as a weapon of war against women and girls, and last but not least to reform attitudes that have exacerbated violent extremism and shamelessly abused faith and religion as inspiration and a basis for violence.