Abdolhakim Bahar whose voluntary activities to promote book reading have won him a reputation, lives in a remote village in Iran’s southeastern province of Sistan and Baluchestan.

It has been ten years now that the Ramin village is known for the library built by Mr Bahar, not for its fishermen and fabulous tourist attractions.

Bahar has even been nominated for the Astrid Lindgren Memorial Award (ALMA), one of the world’s most prestigious awards for children’s and young adult literature. The ALMA is also known as the Children’s Nobel Prize among writers.

As Astrid Lindgren overhauled children’s literature of Sweden and of the world altogether, Abdolhakim Bahar played a pivotal role in promoting the culture of book reading among residents of the village.

He was born in the Lipar village on the outskirts of the southern port city of Chabahar, the same village which is also known as the “Bride of Chabahar.” The Lipar village is named so because of its beautiful pink-coloured lagoon.

Abdolhakim Bahar lived in this village until he turned five.

“Whenever I got back home tired after playing, my grandma, who happened to be illiterate, told me to sit down. She would pick some old newspapers and began telling stories as if she were reading from the papers. However, not caring about the old appearance of the newspapers, I loved the stories that my grandma made up,” he says.

After his family migrated from Lipar to the Ramin village, he had the chance to listen to his grandma’s stories once or twice a week.

“I was a primary school student when, one day, I went to call on my grandma in the Lipar village. I saw kids had books other than school books in their hands. … They were simple books for kids. But it was interesting for me as I hadn’t seen any books other than textbooks before. So, I decided to save money and buy books!” he says. 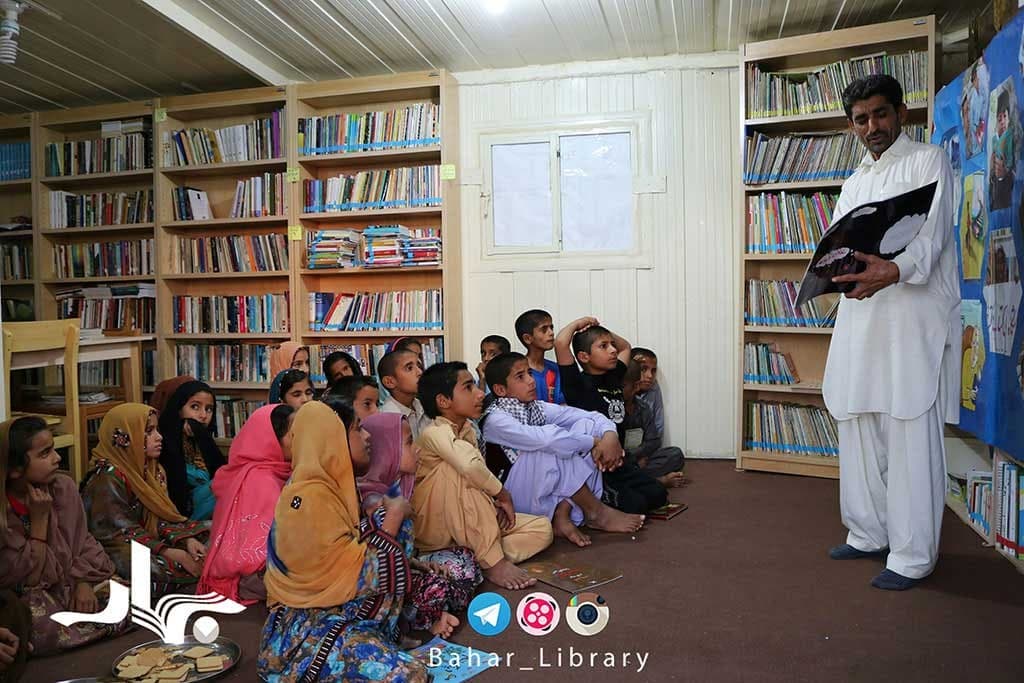 The books that he bought during his childhood and teenage years stayed with him even until after he got married.

He sometimes lent them to children in the village, and sometimes he himself read them to children at the beach, until 2004 and on the threshold of the Persian New Year, when, at the suggestion of his wife, he decided to donate the books to the school library.

“I collected the books, which numbered around 400, and took them to the school, but against my expectation, school authorities did not welcome the donation of the books,” he explains.

“So, I returned home with my tail between my legs. When my wife saw me down in the dumps with all those books, she suggested we convert one of our rooms into a library!” he says.

“I called village kids. All of them came and began working with joy to turn the room into a library,” he says.

“First there were 20 of them, but then their number increased to 70, and it was no longer possible to run the library form home. With the help of the village council, we took an old, abandoned connex, which had lain unused in the village for years, and prepared it to become the first village library,” he says.

“The establishment of the library coincided with the first Festival of Villager and Nomad Book Lovers. Upwards of 600 villages had attended the event, and the Ramin village made it to the top ten. Part of the award was a cash prize. We bought around Rls. 100 million worth of books for the library. The rest of the cash prize was spent on restoring the connex and buying equipment for it,” says Bahar.

The number of bibliophiles in the village rose so much that Bahar had to separate children and young adults’ section in the library from that of adults.

“We have 7 thousand volumes of books in the field of children and young adults, and 6 thousand for adults,” he explains.

“All these books remained in the same connex until the Iranshahr University of Medical Sciences built a large medical centre in Ramin and the building of the former clinic became vacant. With much effort, we manage to get the permit to turn it into a libaray,” Bahar says. 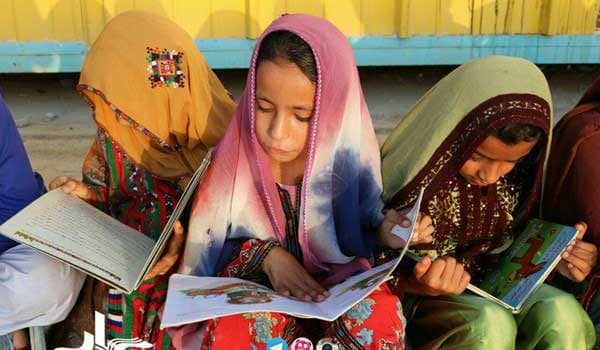 Of course, Abdolhakim Bahar is not only concerned about promoting the culture of book reading among residents of the Ramin village; rather, he seeks to spark an interest in book reading among people in all nearby villages as well. He uses a mobile minibus library to do this.

“With the cooperation of village kids, The Convoy of Knowledge Ambassadors stops village by village, reads books to kids and lends books,” he says.

He says another plan he has done is to lend books to seamen who spend long days at sea.

“One of the advantages of this program is to boost the relationship between the older and younger generation. Old sailors who are illiterate take part in book-reading circles held by younger sailors, which could be the start of good happenings,” he explains.

Today, more than 80 book reading clubs are up and running in the Ramin village. Club members participate both in book reading circles and in environmental activities.