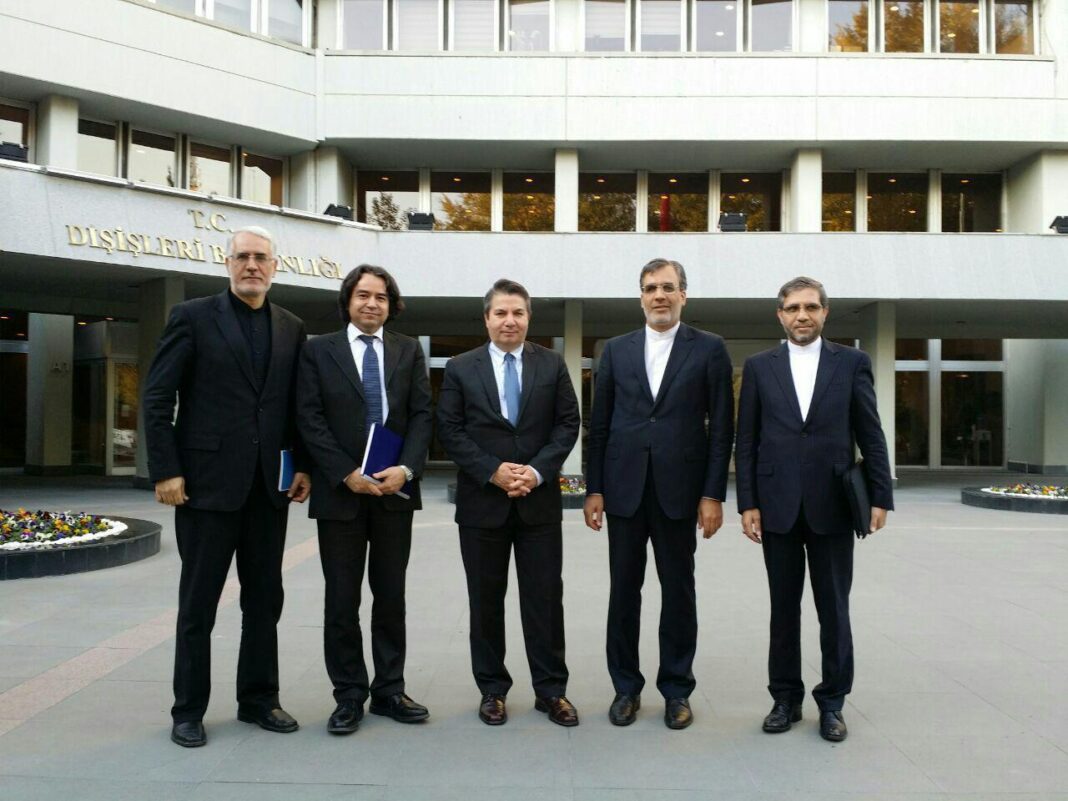 Iranian Deputy Foreign Minister for Arab and African Affairs, Hossein Jaberi Ansari, has held talks with Turkish officials on the latest developments in Syria during his Friday visit to Turkey's capital, Ankara.

Jaberi Ansari, who is also the head of the Iranian delegation to Astana Talks on Syria, sat for talks on Friday (November 19) with his Turkish counterpart, Sedat Onal, and Undersecretary of the Ministry of Foreign Affairs of Turkey, Umit Yalchin.

During the talks, the two sides discussed the latest developments of the region and Syria crisis.

Jaberi Ansari arrived in Ankara following his visits to Russia and Syria.

The expert-level meeting of the guarantor states of Astana Talks – Iran, Turkey and Russia – is set to be held in Tehran on Saturday (November 18), which will be followed by a meeting of the three countries’ foreign ministers in Turkey’s Antalya on November 19 and a summit of Iranian, Russian, and Turkish leaders in Russia’s Sochi on November 22.

The latest round of Astana talks is aimed at establishing four so-called “de-escalation zones” in mainly opposition-held areas of Syria, with Russia, Turkey and Iran acting as guarantors.

The meeting is also expected to call for a cessation of hostilities between anti-government groups and forces fighting on behalf of President Bashar al-Assad, for a period of at least six months.