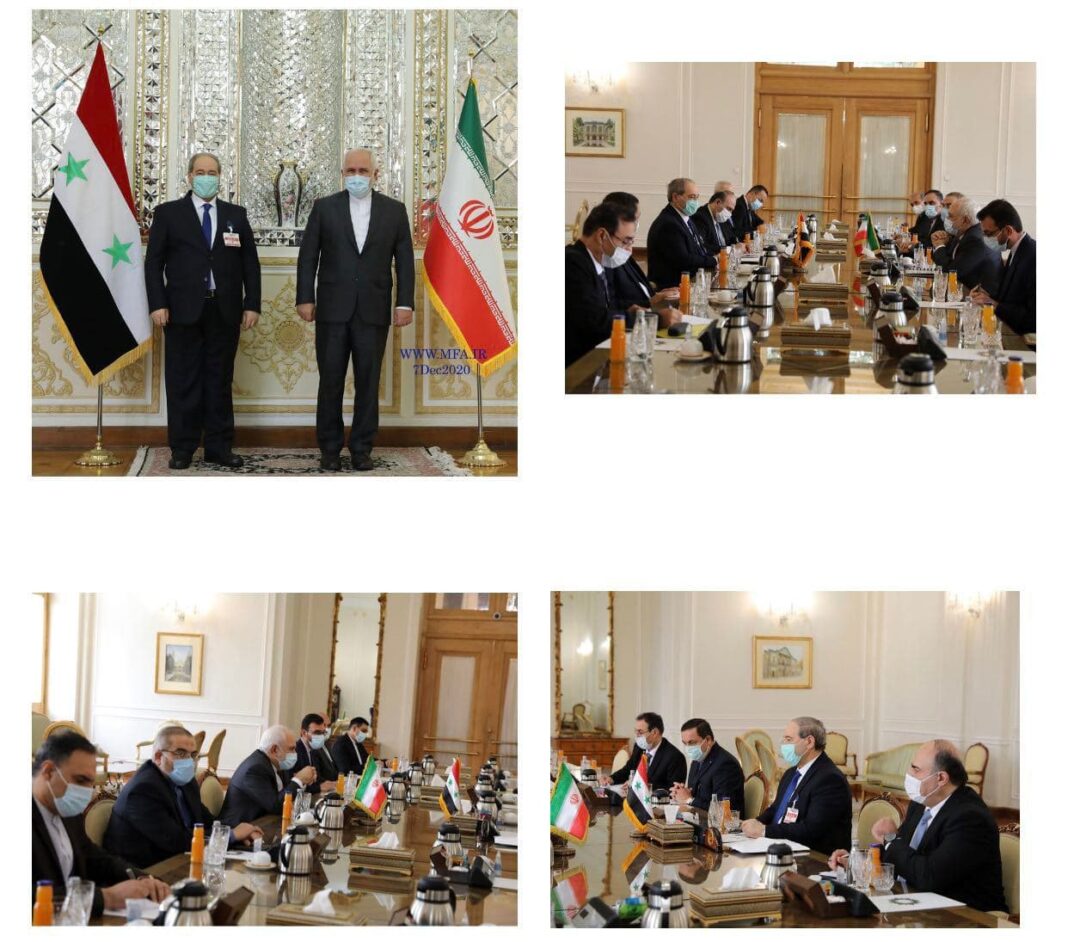 Minister of Foreign Affairs of the Islamic Republic of Iran Mohammad Javad Zarif and his Syrian counterpart Faisal Mekdad discussed a broad range of issues in a meeting in Tehran.

In the Monday talks, the two ministers discussed bilateral, regional and international issues as well as the joint battle against terrorism.

Hailing the broad and strategic relations between Iran and Syria, the two senior diplomats reaffirmed commitment to enhancing and strengthening bilateral ties and weighed plans for promotion of bilateral and multilateral economic relations.

Zarif also expressed satisfaction with the continuation of the political process in Syria, reaffirmed Iran’s support for the Astana Process, and said he was positive about a recent conference on the return of Syrian refugees.

Expounding on the situation and the recent developments in the region, Foreign Minister Zarif stressed the need for vigilance and consultations among Iran, Syria and other countries.

For his part, Foreign Minister Mekdad conveyed condolences from Syrian President Bashar al-Assad and the Syrian people to the Iranian government and nation for the martyrdom of Iranian scientist Mohsen Fakhrizadeh and top commander Lt. General Qassem Soleimani, paying tribute to the two revered martyrs.

The visiting foreign minister also expressed gratitude to the Islamic Republic of Iran for the constant supports for Syria in the fight against terrorism and extremism.

Mekdad then denounced the US’ anomalous activities in the region that have escalated the tensions, saying they reveal that the Zionist regime’s interests have priority over the US’ interests in the region.

He finally underlined the Syrian government’s determination to keep fighting against terrorism, saying mutual cooperation between Damascus and Tehran is significant in this approach and is considered as a basic step in restoration of peace and calm to Syria.