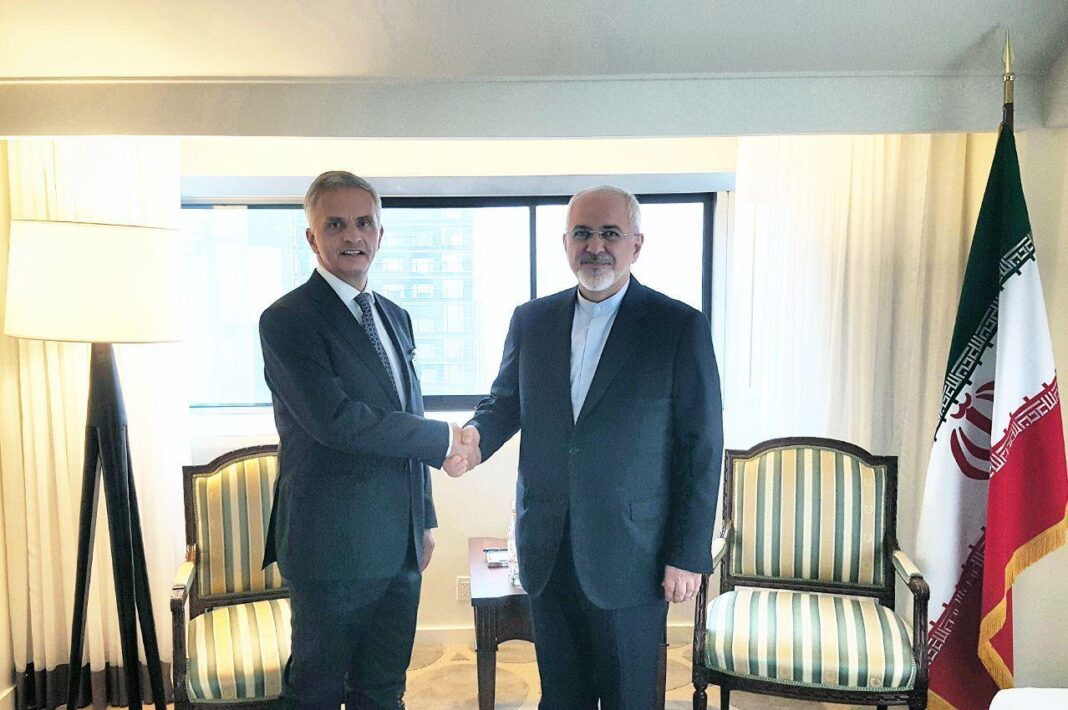 Iran's Foreign Minister Mohammad Javad Zarif and his Swiss counterpart Didier Burkhalter have held a meeting in the US city of New York on Monday.

During the talks held on the sidelines of the UN General Assembly, Zarif and Burkhalter discussed bilateral ties and other issues of mutual interest.

Zarif, who is accompanying President Hassan Rouhani in his visit to New York, plans to hold talks with many of his foreign counterparts during his stay in the US.

According to Foreign Ministry Spokesman Bahram Qassemi, high on Zarif’s agenda will be meetings with foreign ministers of the P5+1 (Russia, China, the US, Britain, France, and Germany) on the nuclear deal between Tehran and world powers.