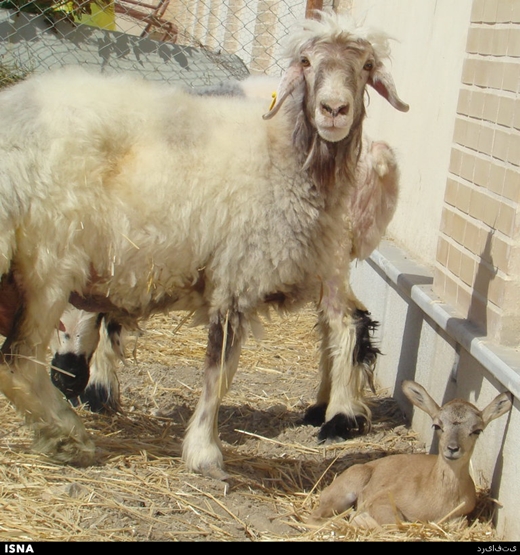 Maral, the cloned ram, is in perfect health and is being kept in Royan Research Center’s farm, said the head of the Isfahan-based Royan Biomedicine and Stem Cells Institute.

Royan, a renowned Iranian institute working in the field of biomedicine, has managed to clone a type of wild ram that is in danger of extinction, the institute’s chief said.

Mohammad Hossein Nasr Isfahani, the head of the Isfahan-based Royan Biomedicine and Stem Cells Institute, announced in a press conference Tuesday that the researchers working in this center have succeeded in cloning the Ghamishloo Wild Ram, an endangered Iranian species.

Named Maral, the newborn cloned lamb, is now in perfect health and is being kept in Royan Research Center’s farm, he stated.

Nasr Isfahani further noted that only three Asian countries – South Korea, Japan, and China –have the technology of cloning endangered species at their disposal, and Iran is now the fourth country in Asia to achieve the capability.

Currently, scientists in Royan Biomedicine Research Center are trying to reproduce the Asiatic Cheetah and Persian Leopard using the same method, he noted, adding they have already made some progress.

Royan Institute had earlier cloned a lamb named Royana, which was born on September 30, 2006, after many successful experiences and researches in the institute.

They also cloned a first goat on April 15, 2009, at Isfahan campus of Royan Institute by cesarean section.

Iran in recent years has made considerable headway in various scientific fields including biotechnology, satellite technology, and nanotechnology.

Back in January, when visiting an exhibition of Iran’s latest achievements in the fields of nanotechnology and biotechnology, the Supreme Leader hailed the country’s scientific progress rate, which is higher than the world’s average.