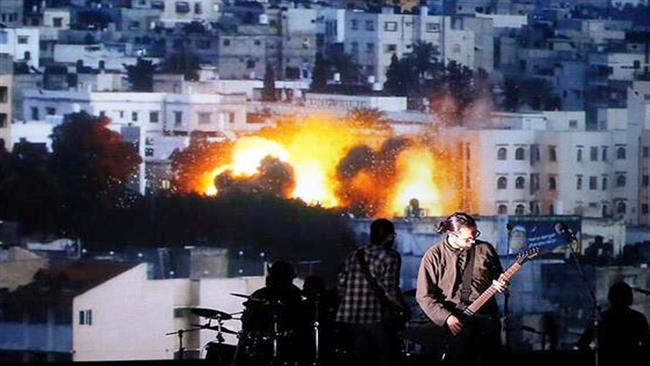 An up-and-coming Iranian rock band is using music to raise international awareness about the sufferings of Palestinians under aggression by the Israeli regime, particularly through an illegal eight-year blockade of the Gaza Strip.

“Rock has always been a kind of protest,” said the band’s front man, Mehran Mokhtarpour.

Piclavier is the most recent to have entered Iran’s alternative music scene to use its songs to challenge international double standards towards the issue of the Israeli occupation.

“The band has great potential. The fact that they sing in English and French means we can send a message to the international community,” said concert organizer Mehdi Mirzabaqerian.

In February, more than 700 international artists announced a cultural boycott of Israel over what they called the inhuman actions of Tel Aviv against the Palestinian people.

The boycott was part of a vast campaign — Boycott, Divestment, Sanctions — which targets Israeli products in an effort to supports rights of Palestinians whose mother land is being systematically captured by Tel Aviv.