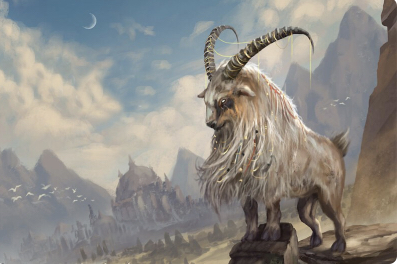 An Iranian breed of goat is larger than a donkey and cannot be found in any other place around the world.

Over a period of two years, Iranian researchers managed to breed a genetically-engineered goat which is as tall as a donkey and worth the price of a well-bred horse.

At 20 months old, the goat could weigh up to 120kg with a height of 175cm. Goats can grow in size until they are three years old while the weight of this new breed can reach up to 150kg.

Among the features of this genetically-modified goat is that it has horns similar to those of a calf and has no long hair on its body unlike other breeds of goats. Its neck is similar to a sheep’s.