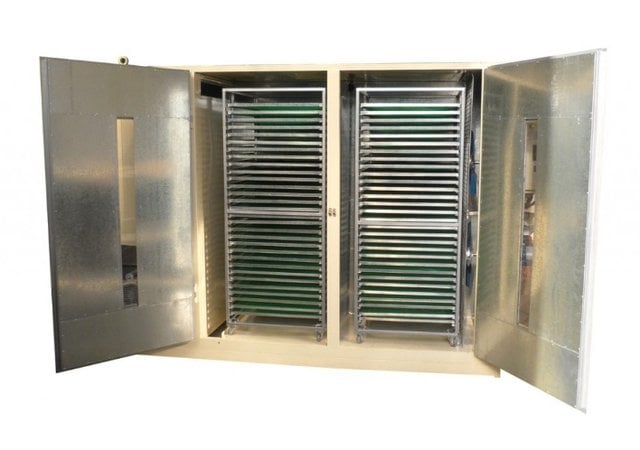 Iranian researchers have developed, on a pilot scale, a Refractance Window system used to dry foodstuffs and medicinal herbs which are sensitive to heat.

Manager of the project Mehrdad Niakosari says the drier is used to dry different materials, including foodstuffs and medicinal herbs, adding the device could be used to dry materials which are sensitive to heat.

“Unlike what the public may believe, water and, in fact, the radiational-thermal energy of hot water is used to dry things,” he said, as quoted by the Iranian Students’ News Agency (ISNA).

The apparatus has been optimized and is considered a “green” device, said the researcher.

According to Niakosari, the apparatus is fitted with a system which recycles water and returns it to the drier.

“The temperature at which drying takes place is between 80 to 85 degrees centigrade. The system is equipped with a special polymer which functions like a window; so, heat transfer stops after foodstuffs are dried, keeping them from over-drying and suffering damage,” he added.

He said the technology to manufacture the apparatus had, so far, been monopolized by an American company, but now the monopoly is broken.

“Of course, the apparatus produced in Iran can not only be used as a drier, but has a thickening property, which is a monopoly of Iran,” he said, adding the apparatus has been patented in the United States as well.