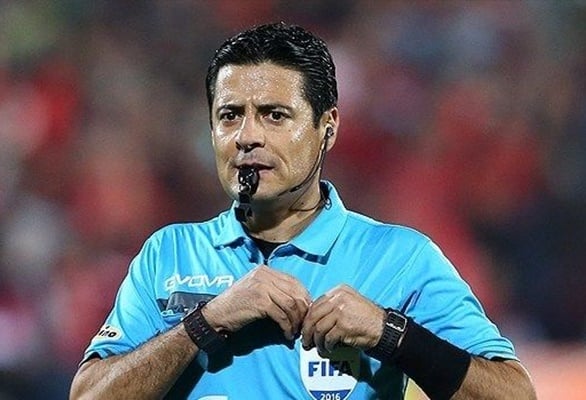 Iranian football referee Alireza Faghani still has a good chance to be appointed as the main judge of the FIFA World Cup’s final match thanks to his excellent performance during the international tournament.

The Iranian referee Faghani and his assistants Mohammad-Reza Mansouri and Reza Sokhandan have already shined in the three important matches they officiated during the World Cup underway in Russia, i.e. Germany vs Mexico, Serbia vs Brazil, and France vs Argentina.

The three Iranian referees have fulfilled all expectations but the changes to the table of the remaining matches are decreasing their chance for judging the final match, a report by Al-Alam news website said.

Europeans view themselves as the owners of football in the world and now the last four teams entering the final stage are from Europe. This, according to Al-Alam, has given the Europeans the upper hand in choosing the referees of the final matches.

For the time being, 13 teams of referees have remained in the 2018 World Cup with only four matches left. Now, it’s up to the Fédération Internationale de Football Association (FIFA) to decide about the arrangements of the referee teams in the upcoming matches.

If Faghani is given a match in the semi-final stage in the coming days, it means his career in the 2018 World Cup will come to an end but in case he is not given a match, we will see him definitely judging one of the two final matches next week.

As the son of a referee, Faghani spent seven seasons in the Persian Gulf Pro League before making the jump to internationals.

Originally a player in the lower Iranian leagues, he became a referee and joined the FIFA-elite list just one year after making his top-flight debut.

In his career, the Iranian referee has officiated the finals of the 2014 AFC Champions League, 2015 AFC Asian Cup, 2015 Club World Cup and the 2016 Olympics.

Faghani was at the 2014 World Cup, but was named as a fourth official for the opener between Brazil and Croatia.