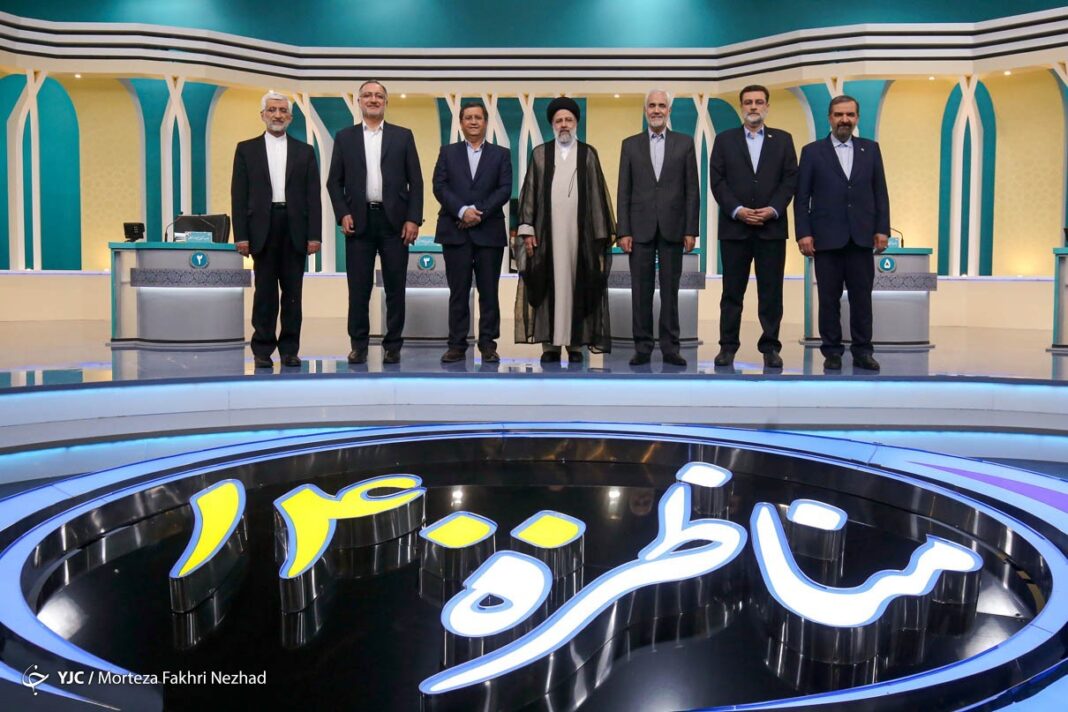 The third and last debate of candidates for the upcoming Iranian presidential elections was held on Saturday with the theme of “people’s concerns.”

The seven contenders qualified by the Guardian Council to run for president took part in a three-hour live televised debate on June 12 where they took sharp jabs at each other and accused one another of having a poor track record and unacceptable performance during their careers.

The candidates sought to gain the upper hand and corner their rivals by using such expressions as “lying,” “astronomical embezzlement,” “political wrangling,” “Pinocchio and his nose,” etc.

In the first part of the debate, the nominees were asked about their plans about people’s seven key concerns, including high prices and the high inflation rate, justice and the social class gap, economic recession and business slowdowns, transparency, tackling economic corruption and rent-seeking, regulating subsidies, unemployment and housing provision.

Accordingly, the candidates offered an overall picture of what measures their administrations will adopt if they win the race.

In part of the debate, one of the candidates criticized the performance of the 12th administration and invited outgoing President Hassan Rouhani to take part in a one-on-one televised debate with him.

Some topics expected to have been discussed in the previous debate were brought up during the third and last debate.

The topics included the filtering of social media networks, the necessity of having easy access to the Internet and cyberspace, and the performance of media outlets.

One of the candidates noted that people have lost their trust in the Islamic Republic of Iran’s Broadcasting Organization (IRIB).

He blasted the IRIB for censoring parts of a documentary film broadcast as part of his campaign activities.

Another candidate accused officials in the current administration of lying.

He said if they were “Pinocchios,” their noses would have grown so long (as a result of lying) that they (their noses) would have circled around the earth multiple times.

Some candidates took a jab at other nominees for holding mass public gatherings as part of their election campaigns amid the coronavirus pandemic.

There were other topics which the presidential contenders expressed their views on.

They included the management of affairs in the post-coronavirus era, the capital market and stock exchange, reforming the administrative system and the need to cut red tape, easing conditions for the youth and striking a balance between women’s economic activities and family values.