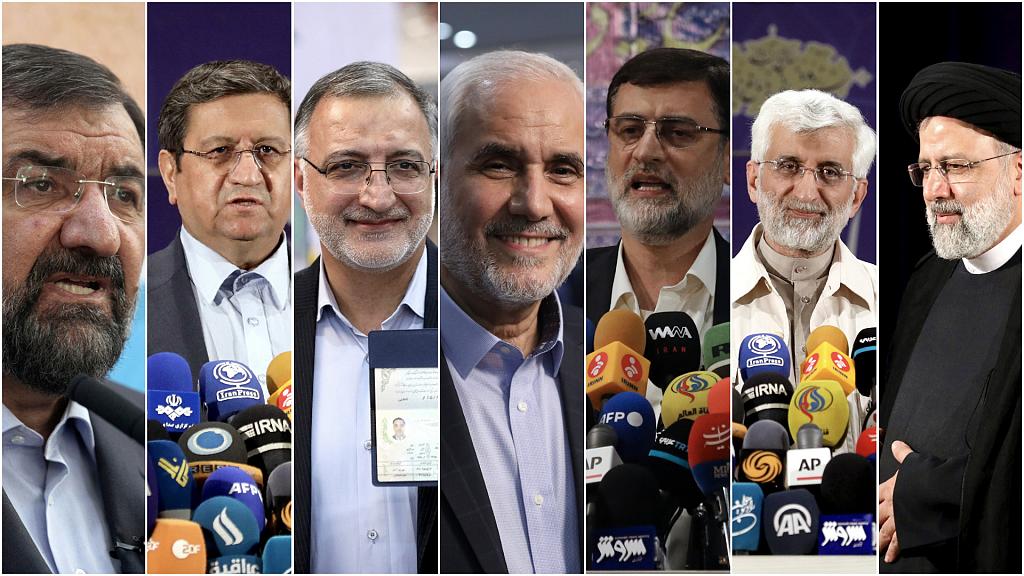 Iranian presidential contenders have set out their election pledges as they hit the campaign trail ahead of the June 18 vote.

Among hot-button issues that all candidates say are high on their agenda are plans to salvage the country’s economy and promote public welfare.

Tough economic conditions and the pressure of inflation on people have turned promises of economic prosperity into one of the candidates’ most important slogans.

– Fighting corruption in all sectors

– setting up a coordinated economic team

– cutting medical treatment costs by a half

– creating one million jobs per year by tapping into the 70% available economic potential in the country and also by utilizing the potentialities of the housing sector, cyberspace and the country’s seas

– reducing the inflation rate to a single-digit one

– reforming subsidies and making them smart

– raising subsidies to Rls. 4.5 million per person (When we speak of paying 4.5 million rials in subsidies, it has a scientific basis and it is practical. We save $8 billion, which will be paid to Iranian families as subsidies amounting to Rls. 4.5 million for each person. Families included in the low-income deciles of the Iranian population will receive subsidies)

– paying 90% of the cost of purchasing homes by banks

– developing the tourism industry in Iran

– removing all obstacles to production, namely removing the banks’ noose from the production’s neck

– solving problems in the industry and agriculture sectors

– developing mines and the port city of Chabahar

– paying attention to the potentialities of Iranian expatriates

– paying Rls. 5 billion in marriage loan after the establishment of the Youth’s Welfare Fund

– solving the problem of the capital market in three days

– planning to provide 4.5 million homes across the country and provide housing for the three lowest-income deciles of society and designating 30-year instalments for the indigent

– fighting smuggling and the black market

– reforming the economy, creating job stability for journalists and offering subsidies to those active in the domain of culture

– boosting the value of the national currency

– making the economy as transparent as an aquarium

– bringing the budget’s dependence on oil to zero

– making the economy competitive by reducing the government’s role