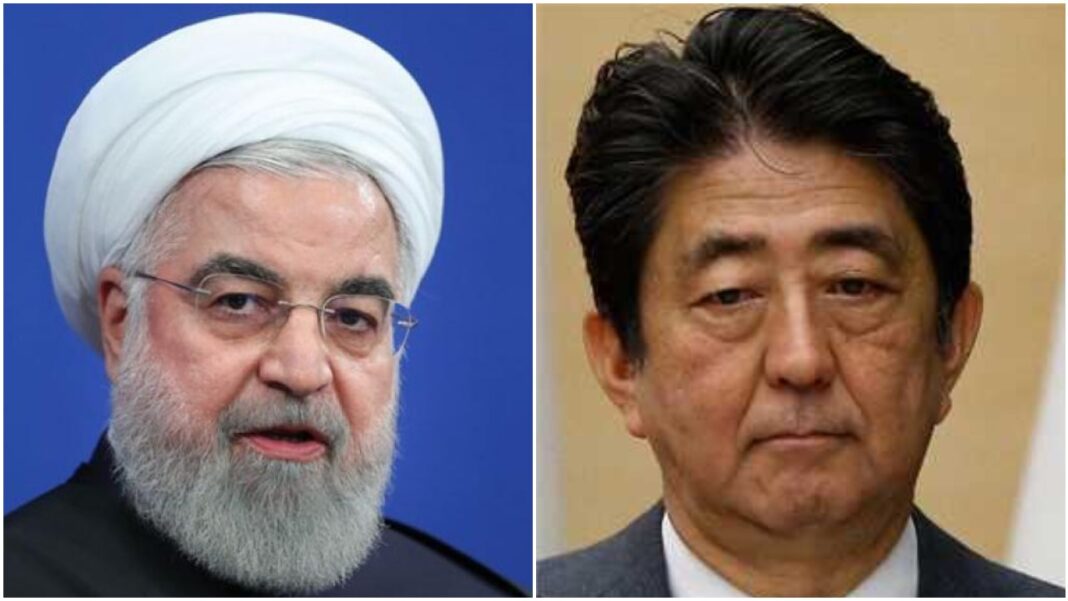 Iran’s President Hassan Rouhani has called for easing of tensions in the world as all countries are struggling with the novel coronavirus pandemic.

In a phone conversation with Japan’s Prime Minister Shinzo Abe on Tuesday, Rouhani said in the current situation that the coronavirus has affected the whole world, tensions should be reduced and the relations between the countries should be based on humanitarian ties.

Expressing regret over Washington’s creation of tension in the region, Rouhani said, “It is unfortunate that in recent weeks we have witnessed tensions created by the US in Iraq and the Persian Gulf region.”

“The United States has always been the source of tensions in the region,” he noted.

Reacting to the claim by the United States that it is ready to help Iran fight against the coronavirus, the president said if they are honest and want to take action, the only way is to end imposing illegal sanctions.

Rouhani slammed the US sanctions against Iran, saying unfortunately, under the harsh conditions of the fight against COVID-19, as well as its severe economic consequences, the US illegal sanctions against the Iranian people have intensified.

The Iranian president also noted that there is no other way except inter-state cooperation to save the world from this virus, underlining that the Islamic Republic is facing many problems, even in supplying medical equipment and food as the cruel and inhumane US sanctions are increasing.

Elsewhere in his remarks, the Iranian president thanked the Japanese government for its friendly assistance to Iran in the fight against the coronavirus.

For his part, the Japanese Prime Minister stressed the need for cooperation of all countries to overcome the coronavirus and the global economic crisis caused by it.

“It is worrying that in this condition we are witnessing tensions in the Middle East. We believe that peace and stability must be established in the region,” continued Abe.

He further mentioned that Iran is an important and influential country that plays a significant role in establishing peace in the region, adding that Tokyo will continue its cooperation with Tehran in this regard.

The Japanese prime minister described as “inappropriate” the intensification of US sanctions against the Islamic Republic amid the outbreak of the coronavirus, underscoring that in the current situation, humanitarian measures should be on the agenda of all countries.

Rouhani and Abe also highlighted the need for cooperation between all countries to deal with the coronavirus, stressing that Tehran and Tokyo must boost ties and exchange experiences.

They further emphasised the development of bilateral relations and expressed hope that with the implementation of the previous agreements, Iran and Japan would witness the expansion of economic and trade ties.