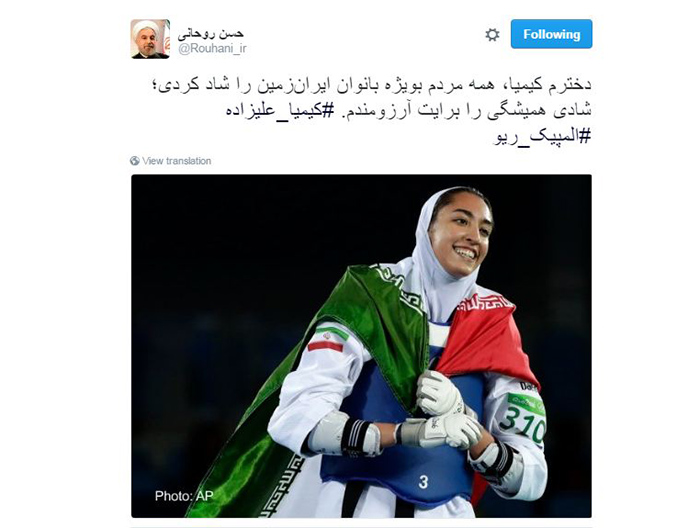 President Hassan Rouhani on Friday congratulated the teenage taekwondo player Kimia Alizadeh, the first-ever female Iranian to win a medal in the Olympic Games, on her Bronze medal in Rio 2016 Olympics.

“My daughter, Kimia! You made the entire nation, especially the Iranian women, happy. I wish you happiness forever,” Rouhani said in a message on his Twitter account.

Alizadeh made Iranian history on Thursday after she won an Olympic bronze medal during the women’s taekwondo competition.

The 18-year-old taekwondo player beat Nikita Glasnovic of Sweden 5-1 in the under-57kg division and won the medal.

Alizadeh became the first ever Iranian woman to win an Olympic medal.

Alizadeh won the Youth Olympics two years ago and last year she took a bronze at the world championships, Tasnim reported.