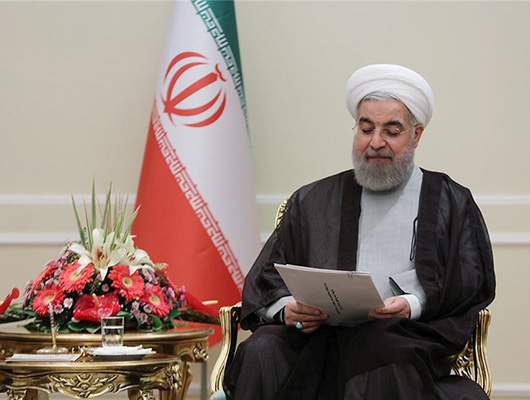 Iranian President Hassan Rouhani praised the country’s athletes in the ongoing Olympic Games in Rio for bringing glory to Iran, extending special thanks to 18-year-old taekwondo player Kimia Alizadeh for winning the first-ever Olympic medal by an Iranian lady.

In a message on Friday, President Rouhani said he could not wait for the competitions to end to praise the Iranian athletes for their glorious presence.

The president further applauded super heavyweight weightlifter Behdad Salimi for winning the hearts of Iranian people and proving to be a real hero.

Salimi set the world record for the snatch with 216 kg, but his lift in the clean and jerk was deemed to be invalid by the jury panel despite getting three straight white lights from the judges.

The Iranian athletes have so far won three gold and four bronze medals in the games.

Still, freestyle wrestlers, a taekwondo player and a marathon runner from Iran are going to compete in the Olympic Games.